Oh hey, nice! Thanks so much! By the time I got a computer that could handle STO...well, you all would have been waiting a while. Is that scene from the Stormfall arc? If so, I'm surprised you managed to keep Adm. Leeta and Marshal Janeway out of the shot.

Yeah, Caitians are fairly limited for options in the game. The fur wasn't terribly orange-y, more sort of a tan, so I had to go with the bigger mane to put stronger coloration in. There's no digitrade, and no bionic tail.

And yes, it's from the raid on TSD - the shot is angled to hide Marshal Janeway behind one of the characters. I wish I could actually get them to stand where I want, took forever to get a setup without one of the two Terrans visible. And I would have rather put T'Vara anywhere but on the perimeter since she's the only blue uniform, but I took what I could get.

Nice. I laughed out loud at some of the Exocomps' lines.

Edit: Of course. Someone check my back for knives when we get back to our universe, please!

My attempt at Leata doesn't really get the 'uncanny' bit across. 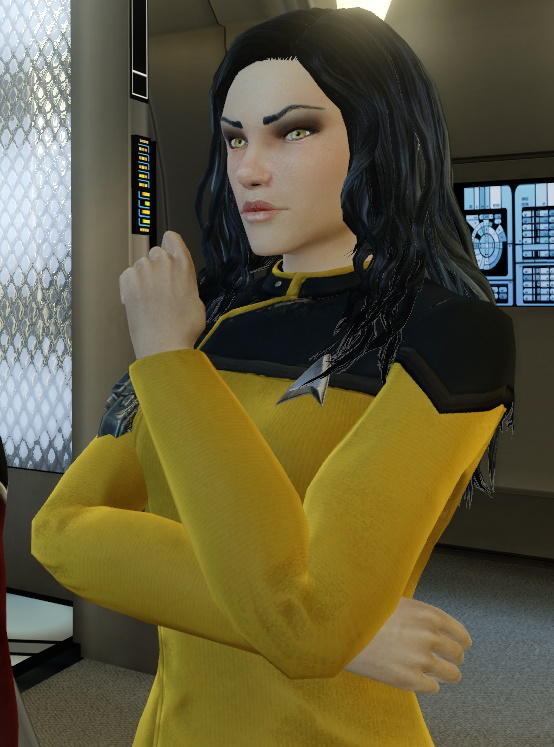 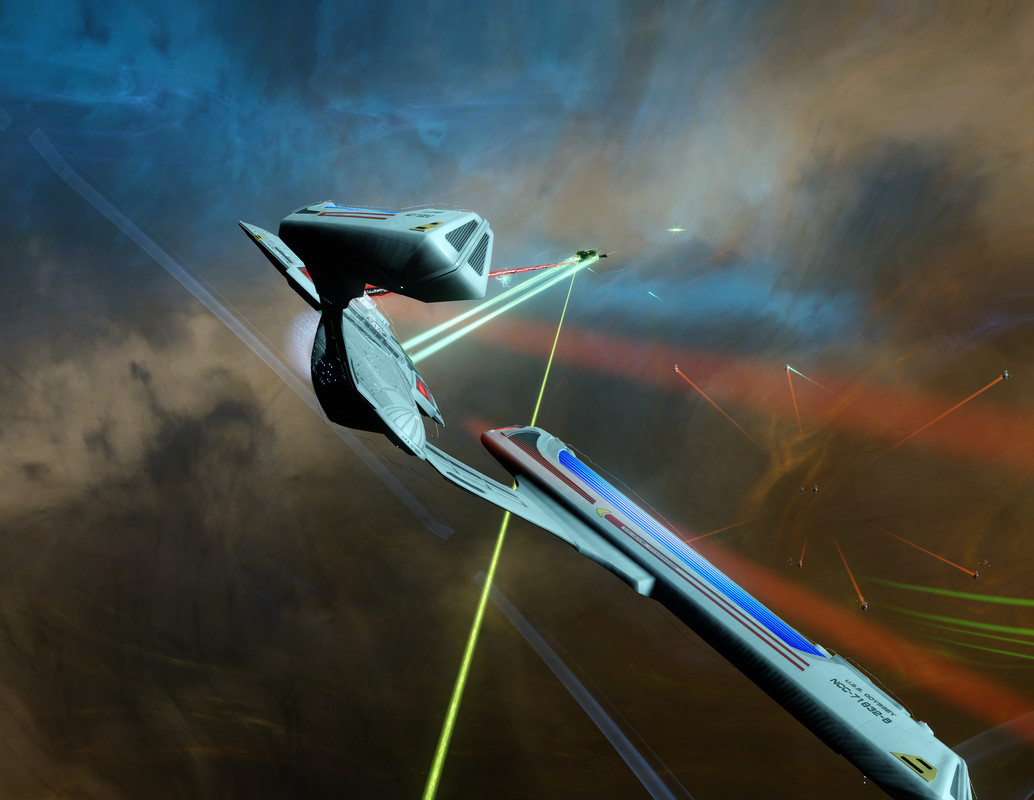 Ahlanna said:
My attempt at Leata doesn't really get the 'uncanny' bit across.
Click to expand...

I have no objections to a 'placeholder' character for any scenes, so dark hair, gold uniform all works for me. I appreciate your effort. Hopefully I'm not ruining the aesthetic but I'm not at all familiar with the game you all seem to enjoy. I've had my gender bent Data on one of my RT's for a long time and have been very eager to play her.
OP
OP

I tried to make Nellis in STO, and I disliked all the hair styles that were available, plus I already have a federation rear Admiral, but I chose a prometheus class instead of a sovereign

It happens, no worries this is why I give everyone a week

Edit: Er, what electric company/electronics manufacturer was based in Arnhem, The Netherlands during World War Two? And why did I think it was GE?
Last edited: Oct 8, 2022

is a recent one, for smart homes/offices

I recall it being under threat of destruction during World War Two's Operation Market Garden.
OP
OP

The friend I originally wanted to take over the chief medical spot has decided not to take it up, which means that for now at least our ship is without a chief medical officer. The position is thus open for anyone who would join us later
OP
OP

@ChrisGabriel Sovereign class can't separate the saucer section. @east Did you intend for things to be this bad?

captain_bond said:
@ChrisGabriel Sovereign class can't separate the saucer section. @east Did you intend for things to be this bad?
Click to expand...

Sorry. New information. Old one has it doable, but I think the ablative armour and extra kick made the new ones unable to do that. Will fix it.
OP
OP

Honestly I didn't think it would be that bad, but star fleet has done this before, everyone knows ship installations happens on Tuesday

east said:
Honestly I didn't think it would be that bad, but star fleet has done this before, everyone knows ship installations happens on Tuesday
Click to expand...

Photon torpedoes we have. Quantum ones are scarce, takes more time to make one and harder to ship...
OP
OP

We will just have to make do with what we have available, cause sitting in dry dock for 3 days isn't an option ^_^ I did say this ship was cursed

Well said @Ahlanna no notes, commander Zasha is right on the money