What game are you playing now?

Now I've gone on to play some Far Cry 3 while I wait for my new computer power supply to get delivered. XD

Tokyo Xanadu eX+. I just finished Chapter 7 and...well, this image below pretty much describes my thoughts on how things ended up at the end of the chapter (because I'm in maximum spoilers territory now) 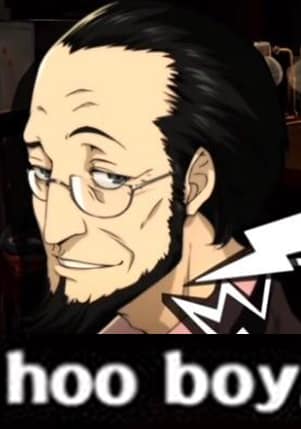 I don't know if it's been available for long but I downloaded the 'jumbo demo' of Dragon Quest Builders 2 for the Switch and it was a bit controlling in terms of its tutorial, much more so than the first game but I definitely want to get it, at least once the price drops. I'm hoping it'll be at least down to $30 somewhere for Black Friday coming up later this month so I'll keep my fingers crossed (although I'm most likely going to get the PS4 version rather than the Switch). If anyone has the game already, or more specifically any of the DLC for it, I'd appreciate a review to see if it might be worth the price or not.

In the meantime while I wait though, I'm playing Dragon Quest Monsters: Joker for the DS. It's a lot more difficult than I remember, leveling up is a lot slower than it probably should be and the monster fusion feature (which I feel like Pokemon really dropped the ball on and should have thrown in ages ago) is more complicated than it ought to be.

Death Stranding - what a masterpiece. I'm seven hours in and barely moved beyond the first area. It's complicated, fascinating, atmospheric, downright terrifying in some places, and I've barely started. Anyone who calls it a 'walking simulator' must have never played a CRPG before! Or at least they can't handle a slow burn exploration adventure. I knew I was onto a good thing when some people bashed it as "tedious and pretentious" - I always love that stuff. Besides, tedious? Go play some GTAO, then talk to me about tedious! I've encountered the links with other players that has been the subject of a lot of discussion, and it's fascinating - people helping each other out virtually, blazing trails for others to follow. I hope other multiplayer games pick up on this idea. The enemies are flippin' horrifying, and my heart's nearly popped a few times dodging them. Thank god for all my Hitman-honed stealth skills! There's a decent amount of character customization too, which is nice. I'm a little spoiled for that after Witcher.

Three signs it's a Kojima game:
1- Fantastic soundtrack (your opening ramble over the hills is set to this and it's so atmospheric)
2- The bizarre humour - the first achievement I got was for emptying my bladder!
3- Product placement - I now have a strange desire to consume Monster Energy Drink™

100% completion on Assassin's Creed Odyssey, now back to Dragon Age: Inquisition, where I never finished my first playthrough. But that's the plan, including getting a second one in the works.

I've finally cleared all Fire Emblem: Three Houses routes (remind me to never try this again) and have recently gotten my hands on Detroit: Become Human. Although I know the basic premise and have seen a few endings already, I can't wait to find out what ending I'll get. Extremely adoring Connor so far.
M

Not sure how long til I get my PS4 and TV out of storage but I did just get the complete edition of Guacamelee 2 on the Switch so I'm starting that up today. I liked the first one, an interesting take on the Metroidvania genre so I hope this one improves on it.

Speedrun practice for Fire Emblem Warriors, doing a no equips run of Mario and Luigi: Paper Jam, trying to get through Blue Reflection and Trails of Cold Steel II, and the usual Hyrule Warriors DE fast stuff.

Also waiting for Tokyo Mirage Sessions #FE Encore to come out on Friday.

Interstellar Rift. An early acces game with a nice editor for shipbuilding.
M

Used my $30 Gamestop gift card I got for Xmas and the $5 per month coupon to get Luigi's Mansion 3. It's fun for what it is, it's just.a little challenging getting the movement controls down since they don't give you the option to invert the X-axis or Y-axis directions and I'm used to them being that way.
You must log in or register to reply here.
Share:
Twitter Reddit Pinterest Tumblr Email Link
Top Bottom