(Looking to play with) is what is in the title for those of you wondering. I've set this thread up in some hopes I could find some more rps that I can have fun with when I have some spare time. I've been left so many times without anyone telling me and it's annoying >.< ._. -.- v.v


I usually post 2-3 paragraphs, sometimes 4+ depending on the plot or what's given. I know my English and grammar, I don't have much spelling errors or anything unless there's a typo, but it will sometimes happen anyway.....I prefer to do threads than Pms but I don't mind much...I am also fine with playing either gender and I prefer pairings as Mxf or fxf


Age: 18
height: 5"6
Personality: she can be bit of a troublemaker at times and can be called annoying too. She can sometimes be rude but is mostly calm and quiet, rikuo is always doing something in her room mostly games but she is good at helping someone out when she needs to. Her bad side is nothing scary but mostly than acting like an annoying kid so she's a bit hard to be around at times. Super smart, ignorant of everything when she makes herself focused on something.


Age:18
Height: 5"8
Personality: fun loving kind of person who likes to be around friends, likes going a lot to the beach when it's hot or going shopping, she's not good with cold weather and has somewhat fragile feelings, she likes to have a list of priorities in her mind at all times and likes to get everything done like chores always fast and neat.


Age: 18
Height: 5"5
Personality: very soft spoken person, she has very fragile feelings taking most things personal it's kind of hard to see how much you hurt her accept when she would cry. Give her a lot of love and show her that you care so much and she is the most loving sweetest person anyone could have. 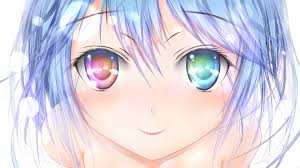 
Age: 18
Height: 5"5
Personality: nerdy girl that likes to be curious and know more about things, sometimes shy and quiet though mostly outgoing at times. She can get hurt easily but always seems to stay strong. She isn't one to really speak her mind and if she does then not very well though when she's serious about something she really is serious. Also likes to just hang out outside and relax or talk about stuff Anime fandom could be canon or OC

Feathers across the seasons

Cutest song ever
(Will add more soon, and don't be afraid to pitch some of your own ideas)

- Please post at least a paragraph for a response, plain boring and annoying with just one liners or just 2-3 sentences

- Please be active in the rp, maybe 1-2 responses is all I ask, but if your busy then I won't bug you, but sometimes i send a reminder on just in case

If you are interested then it's easier to pm me, I also mostly play the younger character
NOTE BEFORE YOU PM ME:

I like smut as much as everyone else here, but I'm more story driven than smut and developing big character interaction and friendship, I prefer my rps to be 80/20 - plot/smut or I could do equally half for each please also come with a plot idea and not just a pairing

Our twins would be in the setting of either school or on vacation at home.

The older twin (you) would have the job of watching over mine when their parents are at work all the time and we both have vacation which means that the only two people at home is only the older and younger twin. Of course the older twin is in charge and the younger has to listen to them, it's time for some personal sister bonding time. The older sister has always had a strange crush on mine even before their time off. What happens when the older sister chooses its finally time to let all her feelings out and confess her life long secret love to her sister

the twins are in school again, and it's the start of a new school year for both of them. They both share some classes but not all of them and they are both doing good in their classes, getting good grades and listening well. The older sibling is bored one day in class and starts to think about her sister...things that she shouldn't be thinking...the older sibling knows that she can't get her secret out especially when she's around hundreds of other students, the decision is made by the elder to seduce her sister with love letters and notes or drawings slipped in her locker, her backpack or anywhere else where the younger sister can't miss it, but will she succeed?

they were the rare siblings where they never really had any fights and they would always play and hang out together the most out of anyone else in their family. They had each other's backs and they cared for each when one was sick and the other healthy or when one was happy and the other sad. but most of all the younger sister had something more than sibling love for her brother. She would do anything to have him love her more than that, but what happens when his sister starts to get love sick? Will he be the cure to Her sickness?

You could be a worker in a lab or an agent with a mission to find out for yourself the truth about all the rumors of a secret experiment that unleashed a deadly plague 10 years ago in a city near where you used to meet a friend. The city was completely abandoned and people left for dead soon it was consumed by grey spores that turned red and unleashed more of the virus into the streets and buildings turning people into nightmarish monsters and returning corpses back from the dead. The city was destroyed by a bomb and wiped off the face of the map.

Now two years later your an agent who's assignment to find subject 115 aka calne ca aka "calcium" she appears as a normal girl with twin red ponytails and blue eyes mostly wearing a school uniform of a white button up shirt red tie, and a black skirt. There is some reason to suspect that she was the cause of the outbreak as there was a recovery of a lone document that brings up information that matches a girl that has been seen quite often recently in the area.

And that it seemed more intentional than anything. Your ultimate goal to find out how and why the outbreak happened and put an end to its spread but it's a tough decision....do you kill the subject after finding out her story and motivation, do you risk another outbreak by capturing and risking escape exposure to the spores or death by the beast itself, or do you make the decision to help and find a cure but hiding it accept with everyone working at your lab?

it would be similar to that accept our own characters and maybe with a different twist to it. Your character and mine have been together for such a long time, their both busy with college now and things are getting a little hectic with the relationship. My character has her eyes set on your character not wanting to ever let him go. She was the good girl and the best girlfriend she ever was to him. Things happen where they have a bad break up, (brainstorm this) he leaves her and she's left there crying and begging for him to come back. We could add some ideas from the video itself as well

The plan for this would progress through 3 different pairing,

2. Boyfriend x broken hearted girlfriend trying to beg him to take her back (also shows the dark side of her) or broken up couple

3. Regular friends (when we get here it would make the first and second pairing not exist anymore


2. Is it wrong to pick up girls in a dungeon

Be exactly like the story accept with ocs or canon (want more would do belle x hestia) you are looking for a familia after you've been kicked out for being called a weak adventurer Deciding to give up after a moment later a young girl who is actually a goddess offers to be in her familia later that it turns out it's only you two than anybody else. It would be fantasy and leveling your character by fighting monsters in the dungeon to collect crystals that they drop which is used for money which they need to live on.

Would really like the canon pairing more of Hestia x belle but making our own version of the story without anyone else joining the familia just two of them. For canon I would like to be belle but can be Hestia too

Belle: ignorant of the fact that she has a crush on him and cares the most about her

Only sees her as his goddess and family

Hestia: try to flirt with him

Competition against and jealous of other girls easily

Basically like the anime but just with ocs I would like you to play as alucard with instead of integra its my own OC who owns him. She is his master. Though we could change it with them fighting some other monsters

4. Feathers across the seasons (vocaloid)

Based on the vid, link in the videos part, if you dont get the story after watching it or need to know how I wanna play it then it's basically the story of your character is a villager who lives a normal life working the fields or maybe local restaurant. One day you walk down a road that seems a bit empty a bit of a way out of the village but it still works. It's a rather small cottage but it's enough for you to call home. Inter past your father owned it but as your parents eventually died when you got older you lived alone and own the cottage now. One day you walk down the road toward home spotting a body that's struggling near the middle on the side of the road.

Of course you decide to help as you free the struggling form from the net, as it stands up it turns out to be a crane, a beautiful crane with a black beak, and Snow White feathers. It simply looks at you and you look at it as you slowly watch it walk away and fly majestically out back in the open toward the forest.

One day you feel it starts to get cold and winter is coming (we can say a week) the first three days everything is normal, you have stored enough food and your out again harvesting the rest of the field. That night it starts to get cold and you hear the wind blowing as a sudden knock is at the door. You open it to see a rather beautiful young women, asking you if she could stay for a while.
Hosting a group Rp