This is a collection of completed rps. If you would like to add yours, feel free to pm me with the link, and any info you want to include, or add a post. And if you would like a title graphic, like the ones in this post, I can do that for you as well. 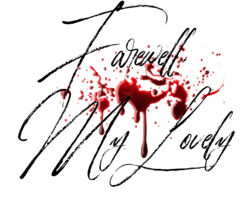 Homicide detective Tom Reilly and his wife, forensic psychologist Lila Ross, make a formidable team, but when a new killer shows predilection for victims who look like Lila, tensions run high. A cat and mouse game ensues, with the killer stalking Lila while Tom stalks the killer.

Xanaphia and The Corsair
In a world scourged by bloodthirsty demons, Paladin Aurianna stands in defense of humanity. She's proud to serve her goddess, but it's guilt that drives her towards greatness, desperate to prove the loss of her fellow paladin's humanity wasn't in vain.

Matthias willingly sacrificed himself to protect his acolyte, losing his soul to a demon who now inhabits his body and slaughters his former allies. The distinction between Matthias and his demon will be lost once the demon achieves his ultimate goal: possessing and corrupting Aurianna.

When their blades cross on the battlefield and Aurianna comes face to face with the price Matthias paid for her mistake, she sees no path to redemption for him. But when the tables turn and she faces the same torture that broke Matthias, their fates are bound together.

Matthias must overcome the demon that torments him from within to save Aurianna from succumbing to his fate. But if she isn't strong enough to resist the darkness, both are doomed to serve Hell. 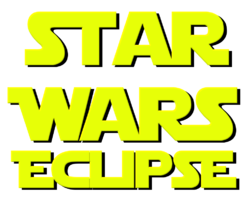 He’s given her a reason to live –If he doesn’t get her killed first.

For years, Kaydia Voss served as a force-powered assassin –known as Scarlet– for a criminal cartel, bound to them through a drug addiction they forced upon her. Now, she’s broken free of her chains, and has turned her well developed skills back on those who made her into a killer.

Quinn Hale is a for hire mercenary, looking for work on the distant planet of Mustafar. Working with Kaydia is lucrative, but what he doesn’t expect is to fall for the mysterious assassin. Or that she might share his attraction. A steamy night spent together awakens exciting new feelings in both of them.

Quinn is the first person who gives Kaydia something to live for, beyond mere vengeance. But secrets both carry threaten their future together, and even their very lives. 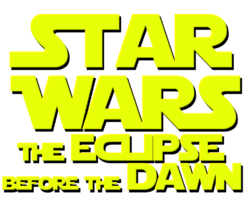 Shadows Jedi Knight Kaydia Voss-Hall and Jedi Master Quentin Hall have uncovered a vast separatist conspiracy, spearheaded by the extremist and former Jedi, Count Dooku. Tensions grow between the Republic and the Seperatists, as more and more planets join the movement, often as a result of economic pressure as much as shared ideology. War seems inevitable as both sides are unable to come to an accordance. Still, the Jedi Shadows pursue answers, on the eve of war: Who benefits from war between the Republic and the Seperatists? And what does this have to do with the resurgence of the Sith?

Xanaphia and The Corsair
Set in 1920’s Chicago, jazz singer Mercedes Morello is unhappy in her marriage to mob boss Vinnie. As if years of crimes, hard drinking and infidelity weren’t enough, his abuse pushes her over the edge. So she teams up with his two biggest enemies to bring down his empire: William Stone, owner of one of Chicago’s biggest newspapers, and The Raven, the masked vigilante who wages a one man war on the Northside Gang.

Madam Mim and The Corsair

John Sparrow is an apothecary’s apprentice living in Dover, but he dreams of adventure beyond the horizon. And of Jenny Dolan, the pretty daughter of a local tavern owner and a Catholic living in William III’s England. Young love blossoms despite prejudice, and they marry and begin a family.

When tragedy strikes their youngest daughter followed John losing his position at the apothecary, he turns to the sea to make a living. Eventually drawn into a life of piracy, Captain Jack Sparrow clings to the memory of his wife and children as a guide through the darkness. But will his quest for a cure for his daughter cost him his wife, his family, and his very soul?

The Only Rules That Matter

The setting is northern Nigeria in the present-day. Miranda Blake is a surgeon working for Doctors Without Borders and Jack Grainger is a Private Military Contractor employed by the Nigerian military; the two develop a relationship against the backdrop of a brutal insurgency being waged against the Nigerian government by a terrorist organization called Boko Haram. The story has action and intrigue, plenty of kinky erotica and maybe even some romance too! But how does it all turn out? For that answer, you’ll have to start reading; enjoy!