This is the thread where we can keep track of each other's characters.

Please use this Template for your Profiles.
I created in such a way so that we have the basic information about each other -without- spoiling anything too much. I think it will be more fun to discover and get to know each other better through the RP.


[Picture] <---Optional. This is for the people who like to have face-claims. Please put the picture in a spoiler if it's huge. Try to avoid Anime if you can.

Name: (Name and nicknames?)
Age:
Gender: (biological gender first then add the gender they identify with -if- it's needed.)
Sexuality: (Straight/Gay/Lesbian/Bi/asexual?etc...)
Occupation: (What did they do before ZA? Or what classes did they follow if they were in high school/college?)
Personality: (just a few words is good. No need to turn it into text form. Like so: "friendly, polite, hot-headed, born leader,....etc...)
Habits: (that can include accents? disabilities, or strange quirks)
Appearance: (for those that don't use Face-Claims. Or to add information that the picture doesn't show: tattoos, scars, colors or body type, height,...etc...
Short Background: (Just to give us an idea of what our characters were doing before the world ended. Later you can update it to add what they've been during after evacuation or during it.)
OP
OP

Okay, the face-claim inaccuracy just bothers me too much, blehg. back to just descriptions, lol.

When Roxanne's mother passed away of breast cancer she was left in the care of the stray woman that her mother rescued. It was difficult at first but in the end she gained a sister who's been through thick and thin for each other. She and her sister are trying to save money to not only pay of the medical bills her mother left behind but also so she can go to college to become a nurse.

[This one is open to have a BF or pre-established friends. Maybe a co-worker or boss?]

A runaway who got stuck in a world of crime and drugs, but was eventually 'saved' by an Indian woman suffering from breast cancer who took her in and helped her detox. After the death of Avani, Lucille took it upon herself to take care of her daughter and tries her best to stay out of trouble....But trouble always seems to find her first.

[relation-wise, I dunno. Throw some ideas.] 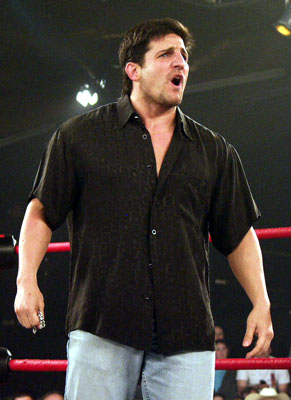 Short Background: A bartender originally from New Jersey, Martin Romano initially became involved in low-level organized crime as a means to pay off some debts he owed to the Mafia and ever since he has wanted to get out of that life. Now with the outbreak happening, he can finally make his exit from mob life. Unfortunately, leaving a life of crime is now the least of his concerns.

Name: Carter Carlson
Age: 41
Gender: Male
Sexuality: Straight
Occupation: Department of Human Services, running for Mayor
Personality: Self-deprecating, friendly, "transactional," pragmatic, sleazy
Habits: Tends to laugh even when nothing funny has been said.
Appearance: 6'2," slimly built
Short Background: Carter has spent most of the past twenty years paying his dues to the Georgia elite and rising through various public offices. He was near the top of the Department for Human Services and preparing a campaign for mayor when a caretaker at an old folks home was bit by a resident.
OP
OP

Name: Daisy "Starlette" Jones
Age: 24
Gender: Female
Sexuality: Straight
Occupation: Lounge Singer
Personality: Shy, Friendly, Flirty, Little bit naive, Dreamer, High Maintenance girl,...
Habits: Sings a lot, even hums when she's nervous, has a vintage vibe about her.
Appearance:
Short Background:
Daisy has always wanted to be a singer, with albums with her name on it, concerts, autographs, the fame the spotlight. She could envision it all. But for some reason she could never make it further than some cheap singles cd’s and singing at bars or clubs.
OP
OP

Name: Alastriona "Alice/Ally" Scolaighe
Age: 32
Gender: Female
Sexuality: Bi-sexual
Occupation: Talk show host, Celebrity
Personality: Manipulative, Cunning, Diva, Selfish, Seductive, Gold digger,...
Habits:Attention-whore, obsessed with the color pink.
Appearance:
Short background:
Alice, nobody likes her yet everyone wants to be her. How she managed to make it to the top, nobody knows. At least not with her attitude. Besides being a model and fashionista, she has her own talk show that interviews all kinds of people. Habits: Agnostic, runner, loves local restaurants and fast food chains (though she doesn't eat out a lot), eats food one item at a time, hates it when her food mixes together on her plate, rides horses, good marksman, nightmares.

Appearance: Typically wears cargo pants and T-shirts, but is capable of dolling it up if the situation requires it.
Wears jeans if riding horses.
Two black star tattoos on her waist.
(Pre-apocalypse) wears hair down. (Post apocalypse) Wears hair up in accordance with military regulations.
For lack of a better word, she looks...haunted, maybe damaged by something in her past.

Short Background: Tara is from an upper middle class farming family from Forsyth, Georgia. There they keep a few cows and some chickens and such, but the farm's main purpose has become to support her father's love of horses. When she graduated high school she joined the Army over her family's objections. They didn't care if she joined the military, but weren't happy with her choice of the Army. Now that she's out of the military, she wants to get back home and get her college degree. Her hopes are to attend the Georgia Institute of Technology. It's only about an hour from home and honestly, she's not so sure that living at home is the best thing for her. She's changed so much. Nothing else has. Occupation: Jake served, and still serves as a Marine. His primary designation is that of a Drone Pilot, as he is not exactly the best marksman in the Corps.

Short Background: Lance Corporal Paton has only served for about a year in the Corps and has never seen combat. The closest thing to it was the rigorous MCT (Marine Combat Training) that he had to undergo directly after Boot camp, but it is said that training can never prepare you for the real thing, which is why he decided to fly drones. Deep down he's always had a little fear of combat. Because of his occupation, he is deployed in Georgia for the time being, though he is originally from the more northern state of Maryland. His family hadn't wanted him to join the Corps, but ended up supporting him anyway, despite the fact that he had to leave them behind to go on deployments to other states. Both of his parents had masters degrees and his little sister was turning to be a genius, with the pressure of living up to a standard he signed up for the Marines while still in high school and shipped out the moment he graduated to MCRD Parris Island where he learned the trade of being a Marine. Though they had taught him to be a rifleman, his shooting was fairly low grade and it has already been a year since he last fired a rifle and is not planning on qualifying again anytime soon. The Corps turned his life around and overall made him a better person, though his family stopped supporting him when he moved away and he hasn't had any contact with them since.

Name: Chloe Johnson 'CJ'
Age: 18
Gender: Female
Sexuality: Bisexual
Occupation:Starting College in Medicine
Personality: CJ is a girl that is not afraid of trying anything, some friends of her says she has no fear when it comes to things extreme. She has been known to do free running at the edges of buildings twenty floors up as well as do some extreme parkour. To her Fear is an emotion that hinders what people are capable of doing that is until the dead started walking when she began to be afraid of those things thankfully her free running skills served her of stay out of the way of those things and never allowed them near her.
Habits: Free Running, Parkour, Hearing Music,Wanting to make others laugh
Appearance: http://www.claudiu.co.uk/wp-content/uploads/2014/07/KatieVaultNationalTheatre.jpg
Short Background: Since little she has always been into doing dangerous stuff, she was not the type of person to say no to a challenge. She was raised in a middle outcome family that gave her whatever she needed if they could afford it. She is very smart getting 4.0 average on high school even though she did her free running also. She has known the hospital quite a few times but that never gets her off parkour.

Name: Brendan Morales
Age: 23
Gender: M
Sexuality: Straight
Occupation: Data Analyst
Personality: quiet, sort of geeky/nerdy, observant
Habits: definitely a gamer, loves a good laugh, visits the local shooting range from time to time to practice shooting IRL instead of in an FPS, right handed, slight Southwestern accent.
Appearance: https://thegeekclinic.files.wordpress.com/2013/06/multitasking.jpg for general appearance, 5’9”, weighs about 150 lbs, has a scar at his right shoulder, just under the clavicle, from a a knife wound he got in a fight when he was a teen. The brown hair is actually dyed; he’s a natural blonde, but feels that the darker color makes him look more mature than the boyishness his natural hair color gives him.
Short Background: A transplant from Arizona, Brendan’s work required him to move over to Georgia to assist in the company’s fairly new data center, analyzing processing data to make sure it got to the right places. He is of Irish and Hispanic decent, though more of the Irish shows through than anything else. When reports of the zombie apocalypse begin, he is visiting Rosalie’s Diner for some late dinner.

Personality: No Sense of humor to speak of, Always serious, Cocky Head strong and Confident. Can not accept failure therefor strives for perfection in everything she does.

Short Background: Graduated Top of her class, Degree in Criminal Justice, Completed police academy in the top 3. Well rounded Physical Combatant master at hand to hand combat. Grew up in a rather broken home parents were always fighting. Her Father was killed when local gang bangers tried to rob the store he owned When she was 8, Mother Overdosed when she was 13 After which time She was placed in foster care and dedicated herself to be better than her parents.

So can Someone either deny or approve me already lol....

SexyStonerGal420 said:
So can Someone either deny or approve me already lol....
Click to expand...

Then let's revive it! I'll do mouth to mouth! lol