According to the U.S. Census Bureau, the county has a total area of 45 square miles (120 km2), of which 24 square miles (62 km2) is land and 21 square miles (54 km2) (46%) is water. It is the smallest county in Rhode Island. In land area only (water area omitted), it is the third-smallest county in the United States, following Kalawao County, Hawaii and New York County, New York (Manhattan), if independent cities of Virginia are not counted as counties. The highest point in the county is Mount Hope, in Bristol, which stands 217 feet (66 m) above sea level.​
T 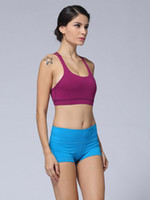 Tamera awoke with a groan. Laying on the dirty bed in teh room she'd managed to fight for, the tall shemale had been up the previous night. It had been a long time since she'd had a drink, and some lucky sole had managed to make some booze. Something she coveted. So she had traded the disteller an hour with Yvette, her little whore.

After the hour had ended, Tamera had gotten Yvette and the two had spent the rest of the night drinkking and contemplating how to run the whole prostitution business in the whole Prison State. Tamera had once been a madame to over fifty employees. Serving politicians and businessmen alike. The only reason she had ever been busted, was because she had cut off a client after he had beaten one of her girls. That had caused her and Yvette to wind up locked up.

"I need a very strong cup of coffee." Tamera complained. Rolling over, she noticed Yvette was just beginning to awaken. The young auburn haired girl had smeared make up and a frown on her face. "he was shit in the sack wasn't he?" Tamera asked. Getting up and stretching out. The two occupied a small brick house they'd managed to take over. Having boarded up all the windows and doors, the only way in was through a tunnel they had dug.

"You have no idea." Yvette complained. "His dick was really thin and curved in the wrong ways. I had to rub my clit to even get a small orgasm. Fucker. At least he knew how to brew. Because that stuff was fucking fine."

Laughing in response, Tamera went over to the kitchen and made some coffee. The only stuff she had managed to procure was instant. But it was better than nothing. Making herself and Yvette a cup, Tamera walked back and handed her best friend and partner a cup. "So I'm thinking we need to make some contacts." she suggested. "I'm tired of having to whore myself out like I do you. I can only fuck so much ass, and those fuckers always clench too much when I top them."

Yvette laughed and snuggled up to her friend. While she was technically Tamera's employee, the two were very close. In many ways they were like sisters. Except for the fact that Tamera often used Yvette's holes when she needed some action. Not that the Ukrainian girl minded. In many ways, she thought of herself as Tamera's girlfriend. Tamera herself felt the same. But she was far too ruthless to ever stop pimping out Yvette. Only when she had rebuilt her empire would that be an option.

"Well, you're the boss." Yvette shrugged. A hint of her accent slipping in the word boss. "So what's on the agenda for today then?"

Tamera smiled. "We hunt for some more meat. I'm going to get someone to help release the pressure on you. But first, I need to drink this coffee or I'm going to be a nasty fucking bitch."
OP Name:Dax Draven
Nickname:N/A
Attire:Black loose fitting jeans with leather belt, black tank top underneath black hoodie with the word criminal on the front in white letters.
Weapons:10" Hunting knife strapped to belt, 12 gauge shotgun, case of throwing knives strapped to belt.
Location:Bristol County
Tagging:Tony(NPC), Open
Dax sat in a lawn chair in front of a rather large house puffing on some of her product, she wasn't sure which town she was in nor did she really care. The woman had been brought in the day the walls were put up along with some others from the NY prison. All of which were randomly picked up during different points of the day. With Dax being a loner, she was pretty easy pickings for a bunch of armed USPF officers and quite frankly she really wasn't going to protest a change of scenery in a shiny new prison state created by the lovely United States government. Hell, Rhode Island was a breeze compared to New York so far. Within only a year's time, Dax had set up a nice trade business with the big guy in Providence.

She never met James in person and she really didn't need to, Dax grew the weed, packaged it, then traded it for whatever she needed or wanted at the time. Booze, food, cars, clothing, she got it all and all it took was a good spot to grow and looting the garden departments of a few stores and the help of some seeds she had in her pocket. Oh there was no question that Dax busted her ass when it came to her green and with how people were within the prison, the woman's job was made ten times harder with how many fiends came trying to rob her daily. Thankfully the area she decided to settle down in was relatively quiet most of the day and the crazies didn't get rowdy enough to where she couldn't handle them.

As she exhaled a large cloud of smoke, Dax looked to her watch before sighing and shaking her head. "Fuckin' late again, fat fuck is probably stuffing his face right now" ,Dax mumbled to herself in a slightly annoyed tone right before the smell of cigar smoke and expensive after shave filled her nostrils. "My apologies sir, I had to break a few necks on the way over here....you know how those street kids get over in Providence County.....it's like they can smelldabooze through my trunk" ,Tony's voice could be heard before his shadow cast over her causing her to look up at the man. "So JC got you on that sir shit too eh? Fuck you fat bitch....where's my shit?" ,Dax responded in a teasing tone before laughing causing Tony to sigh before shaking his head then motioning towards his car.

"I just told ya....it's in da trunk" ,he replied in a bored tone that made Dax roll her eyes before grabbing a black gym bag off of the ground beside her and tossing it towards the large man. "It's all there....my half anyways....Sparx should've already brought his shit earlier today, if not then we're gonna have some problems" ,Dax stated while pointing at Tony who simply chuckled a bit while again shaking his head. "Mr.Bryant is a trusted member of the Pierce family, ya got nothin' to worry about when it comes to him holdin' up his end of the deal....you got da wrong idea about us all. We ain't all about just our cut....we need people like you to keep things running smoothly, without you we wouldn't have the means to get medical supplies or trade for necessities that'll take care of our counties people....Don Pierce is a man for the people, a kind, honest, old fashioned family man and he just wants what's best" ,Tony said in response making Dax throw her head back and laugh before getting to her feet.

"Ya know the way you talk about the big guy in Prov, I could swear you were his bitch" ,Dax teased as her and Tony began to walk towards the man's car. "I've been Don Pierce's right hand since before you were even born, my loyalty is strong" ,Tony replied again making Dax laugh. "You do know what a man's right hand is usually used for right?" ,Dax again taunted this time making Tony laugh. "Well luckily, he's a lefty.....and well, you're a main supplier so if I'm his right hand guess what dat makes you?" ,the large man taunted in response before the two of them started laughing. "Fuuuuck you" ,Dax stated through her laughter as Tony opened up his trunk.

"Sorry but you're not my type" ,Tony joked in response before pulling a crate of rum from the trunk and setting it down on the ground beside Dax. "Yeah only cuz I'm not covered in frosting and sprinkles" ,Dax retorted before reaching a hand out and shoving Tony playfully as he grabbed for the crate of moonshine he had for her. "Ya know just when I think I wanna back out of our little arrangement....ya draw me right back in big guy....it's always a pleasure doing business with ya" ,the woman then stated as she looked over the crates and counted the bottles inside each one. Everything was as it was supposed to be, just like it always had been since the Don sent Big Tony to extort her little business when she first got it up and running well. Dax had to admit, that James Pierce probably had to be the most honest damn criminal she had ever known and for someone she hadn't even laid eyes on yet. Well, that was saying a lot about the man.
You must log in or register to reply here.
Share:
Facebook Twitter Reddit Pinterest Tumblr WhatsApp Email Share Link
Top Bottom