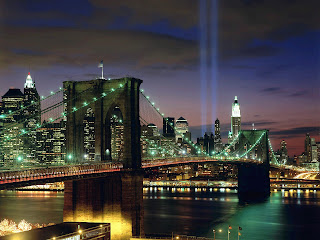 Nathan Petrelli was buttoning his cuffs as his 'mother', Angela Petrelli went over his day's schedule with his secretary. He had grown his beard and was looking in the mirror. Was this how he was meant to be? Older, wiser, but... Gabriel Grey, also known as Skylar, had accepted his position living in this body... assuming this role, but he hungered for more. He wanted to know how things worked. Why they worked. Not to be some new nation's puppet president.

"You should be running the Company," he chided Angela. "I have plenty of nursemaids here to keep me in line." He eyed his secretary, a sexy blond woman who was no older than thirty and smiled to himself. Then he nodded as the secretary finished out his schedule and excused herself. Once she was gone Nathan turned to his mother. "Besides, you need to find all of the others, don't you?"

She pressed her lips together and then reached up to straighten out his collar like a meddling mother hen. "This is more important, Natha - "

He stopped her, grabbing her wrist harshly with his left hand. "Finding the others is more important, Angela. I want to know who else is out there. That's your job, not this."

Mrs. Petrelli looked at Nathan's eyes and for a moment she didn't recognize him. "Natey, you're not left handed."

"I'm not Nathan." His jaw grew tense. He jerked away from her and then walked over to his full - length mirror to give himself a once-over. "Now... go do your job. Find others. Recruit them. If they won't come willingly, then convince them. Or capture them. I don't care, really. Just bring them in. You have offices all over the world, 'mother'. It should be an easy task." He ignored her and looked at himself in the mirror. With a self-satisfied smile he turned towards the door. "Now... I have a phone conference with the minister of Japan before their business day closes."

He walked out of the room, leaving behind a very shaken woman. This was not the Nathan that she had planned on resurrecting. She could see the last decade of work slowly circling the drain.

Angela Petrelli lounged in her chair, watching the way her youngest son paced back and forth in the lush, penthouse office they shared. "You really must stop fighting it Peter. We need more help, and she's been selected as the most likely to benefit the company."

Peter looked up from the file he was reading. He stopped in his tracks and considered his mother. "It's always about the company, Mother. This is what we were trying to avoid. Don't you remember how it was before the war? We're going right back to everything that we fought against."

"It's for the best." She paused to take a sip of the white wine that she was holding in her hands. It was always wine time for Angela. She had to dull the conflicting images and thoughts that seemed to come more and more unbidden in her mind. "Just... just do it, okay Petey?"

"He's NOT my brother. He's unstable. This whole idea of yours... it's falling apart!" He slammed the file onto the table and a picture of a beautiful blond woman in a black tennis dress slid out. "I can feel this like a noose around my neck, Mother. This is going to get us all killed."

Angela sighed. "You have a plane seat booked, Peter. I expect you to make contact with her by noon tomorrow." She set her glass down. "This is very important. Just do it for me."

Peter shook his head, his hands on his slim hips. "I want you to remember that I was against this from the start," he said to her. He picked up the file again and looked at it. Elizabeth Gordon. "Alright. I'll do it, but if she says 'no' then that's it. Let her go. People deserve to have their own lives."

"Of course, Peter." Angela smiled as her son left the room. Then she shook her head. "Naive boy."

Sir Ser Issac of Clarke of Chad the II

Location
At the left there....

Caleb "Cal" Moody
4:00 PM, New York City, NY​
Caleb sat silently in his favorite bar to unwind after a long day of work. He must be getting a lot stronger, he didn't feel as sore as he normally did. Perhaps he had just drank enough water for the day. He took a drink of his Budweiser and released a slow sigh. He could already feel the alcohol going through his system, dulling his senses and letting him relax a bit more. He ran a hand through his hair slowly and sat against the bar table. At first glance, one wouldn't suspect that the man had an IQ that was steadily growing, approaching a level that was almost ready to rival Einstein if not surpass him. He had always been a sharp kid, getting smarter and smarter with every passing year, getting to the point that when he was ready to move out that he was smarter than his father and his mother combined.

This was different though. This didn't feel like he was just intelligent, this felt like something completely different. It was as though he had control over every aspect in his body, right down to the movement and use of cells. It was an odd feeling, something he didn't focus on and yet he felt some degree of control over it all. The dulling of the senses began to fade and he became curious as to why. He was still drinking a fair amount of alcohol, he should be feeling very well at this point. He didn't feel sore, didn't feel any aches or pains from a long day of riding, he felt good and awake like he'd just had a fresh cup of coffee. As he looked at the bottle of beer, he began to see a mental list of ingredients that went into making it. Not just ingredients but he also began to see just how it was made. He had to pause a moment and had a look of dumbfoundedness. He'd never brewed a batch of beer in his life, how did he know this? As he took a moment and thought about it, the answer showed itself to him. It had been from a show he'd heard off the Food Network three years back when he had been trying to get into bed with a girl and had accidentally rolled on the remote.

Strange, very strange indeed. He found his mind doing this a few times throughout the night. When he glanced at a bottle, his mind immediately showed him how it had been made. When he felt the bottle in his hand, he immediately could sense the imperfection in the glass. He frowned. "Woah that's weird as hell" he said mostly to himself.

"You gonna stare at the bottle all night or are you gonna let me take it" asked a waitress in an annoyed tone. The waitress in question was a gorgeous brunette. She had a curvy body that was neither too much nor too little. She had it in all the right places.

Cal looked up and things seemed to slow in his mind as he studied her features. The way she gripped a bottle in her hands, the way she clenched her jaw, the way her pupils were dilated. Everything pointed towards her being angry at something but what was it? His mind began to race and produced an image he had seen in a fleeting manner. An image of her reading a book of some sort and her clear focus as she wrote something down. Something involving college. A term paper most likely. Perhaps that's what had her frustrated.

"I'm guessing my existence isn't what is truly annoying you. I'm betting it has something to do with that term paper your having trouble writing?" he said with a tilt of his head.

The waitress backed up a bit. She clearly hadn't expected him to say that. "H-How'd you know that? Are you stalking me you creep?" she said quickly and defensively.

Cal smirked. "Not at all. I noticed that you had been writing something from a pretty thick book a while back and you were pretty focused on it. Chances are that it's a college textbook and your writing your term. Am I right?" he said quickly. The information bubbled in his frontal lobe as he spoke. The information presenting itself before he even had looked at it.

The waitress seemed freaked out and backed away, quickly running into the backroom.

'Uh oh, looks like trouble is on the way' he thought as he quickly paid for his drink and made his way out, climbing onto his bike and pedaling away quickly before whoever she was talking to had a chance to do or say anything

((Perhaps this waitress is part of the company, perhaps she notifies them about him being a possible evolved human?))
OP
OP

"A waitress at Dewpoint Pub?" Angela smiled into the phone. Information came in strange places, these days, and her secretary was passing on information he had gotten. "Hm, yes. It could be a lead. Get the video feed from the bar and let's cross-reference her target to see if it was just coincidence or something more interesting." She hung up the phone and then put a few notes into her computer, her two jobs intertwining nicely.

Soon Nathan would be deep into his daily meetings and she would be able to do a bit more exploration of their resources. Her conversation with him that morning had unnerved her, but the fact remained that Nathan/Skylar was still on the same mission that she was, so they were allies. For the moment.

She shook her head, a tear threatening to escape. Why had Natey been so determined to tell the truth about that damned girl's death? If he had never told her mother what he had suspected, regarding his involvement with the drowning, he'd be alive today! He'd be alive! Angela was so mad that she didn't do something to stop him. She should have stopped him.

If only... if only she had someone like Hiro who could go back and change all that. She rubbed her temples and wondered about his bicycle messenger. Who was he? What did he know? And more importantly, how could she use him to her advantage?
OP
OP

NOTE:
All supporting cast is moving to LA to consolidate the active characters still in play.


All active characters should be moved to the LA thread. Post in the next two weeks or let us know in the OOC if you are going to be busy and still want to remain in play.

*This thread is closed until further notice.*