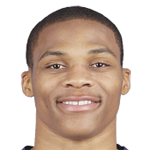 Ben was busy working around the trash dump during the reaping day happening. It wasn't until someone came up to him to give him the news that he was chosen to be in the hunger games. "What?" The first thing that came to his mind was confusion. He had no reason to go into the games with his father locked up and his mother gone what was their for him to risk his life for only one person was going to win and with this new "teams" thing made it even weirder for him to working.

Walking back to the group to meet the escort who called his name the crowd smiled and clapped opening up for him to get to front. Whispers of who talented and capable he was echo through. Ben didn't mind it at first but he was starting to regret not stopping that chatter when he had the chance. The escort smirked looking at the dirty young man who had no training in these games and would love to see him die early. "So you're the great Ben Russell Jr. Where dear old dad," the escort laughed at him knowing his father was locked up.
"The old man is having a great time with free food and a place to stay away from the family. If you're giving out free vacations I would much rather do that then play this dumb ass game." Ben said back to him getting his arm jerked closer to the man and whispered in his ear "Oh, I'm going to enjoy watching these people grief when you die."
You must log in or register to reply here.
Share:
Twitter Reddit Pinterest Tumblr Email Link
Top Bottom