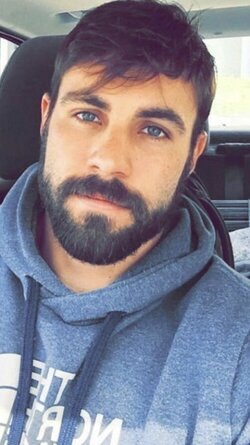 Background: He married his partner right after they graduated from college. He works as a journalist, writing articles for local newspapers and travel magazines. He spends most of his time traveling for work, but tries to spend as much time with his wife as possible. He is going to the resort to write a detailed review of its facilities. The resort is paying for his expenses in exchange for his review, in the hopes that they will be able to garner more patrons since Ethan is known for writing reviews for "The Average Consumer." He was able to convince them to allow him to bring a guest. He plans to bring his wife with him in the hopes that they may become closer. They had always gotten along really well, but they both felt as though their relationship was getting stale. He hopes to spice up their relationship while on this trip. 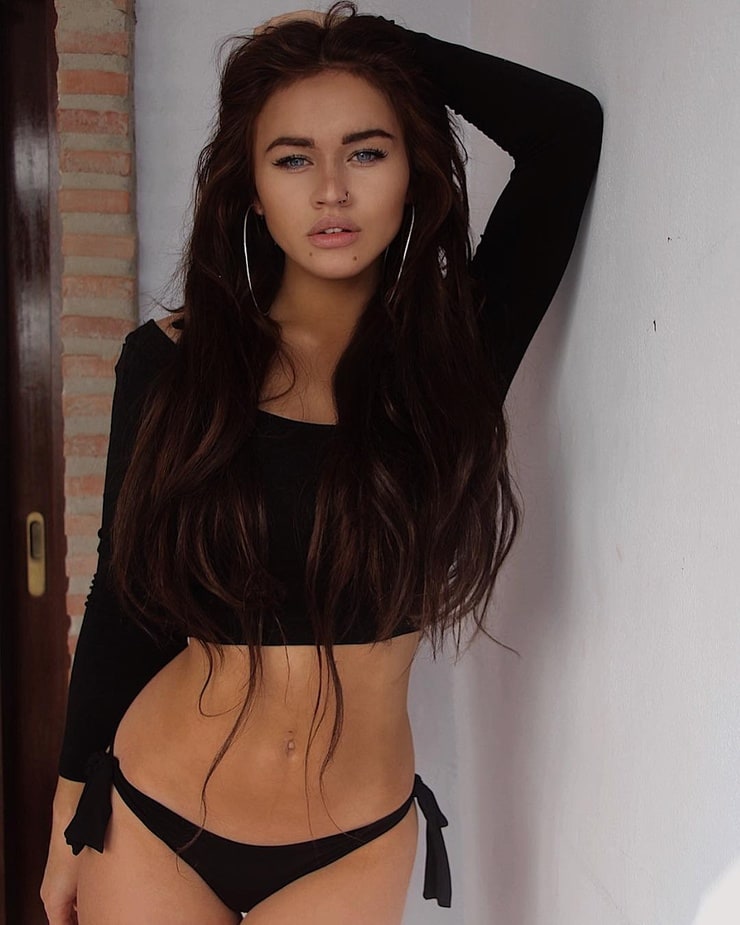 Name: Josie Martinez
Age: 25
Appearance:
Orientation: Pansexual
Occupation: Model/Exotic Dancer
Background: She met her partner during a private Party she was hired to dance at, they've been together ever since. However she feels things have gotten pretty sour in the bedroom, her partner barely pays attention to her most days. So she decided they needed a special little vacation to refocus their bond, get to know each other again inside and out. She loves her partner but want's him to pay attention to her again, if that means experiencing sex with more then just him she's happy to do so without a fight.
Things to explore while swinging: Group Sex, rough sex, Exhibitionism Submissive Behavior experiencing new things in general including locations etc.
Last edited: Aug 7, 2021 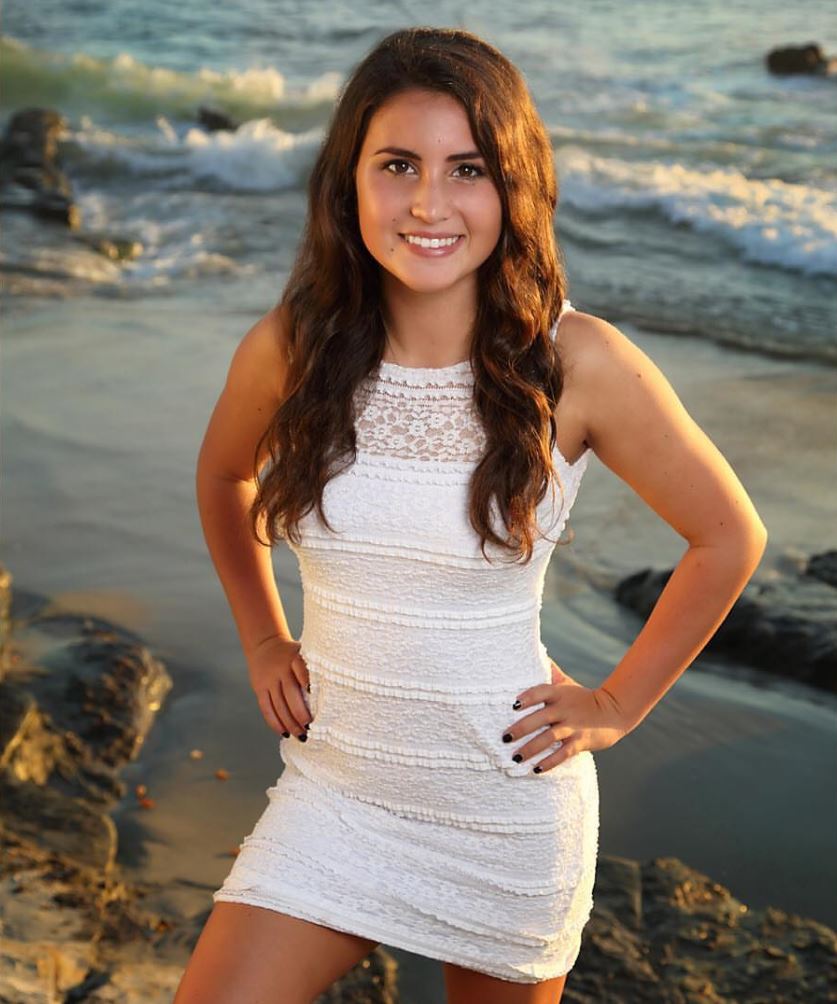 Background: She married his partner right after they graduated from college. Works as a Cocktail Waitress at a bar next door to a strip club that doesn't serve alcohol. Cute with a bubbly personalty she makes good money on tips, as the male patrons are always hitting on her and trying to get her to work next door. Joelle hasn't crossed that line as she so far has been faithful to her husband. Subservient in nature she pretty much does what her husband asks. She doesn't talk much about her inner fantasies sexually and could be persuaded to be with a girl if he asked her to.

Things to explore : Swinging or group sex if she's asked by her husband. She would work at the strip club if she thought her husband wouldn't mind. Given the right situation she could be convinced to have sex with FF, MFF or FFM.
Last edited: Jul 20, 2021 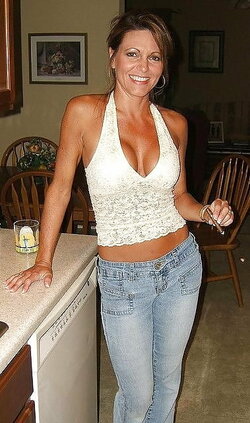 Background: Nicola only recently met her partner and there was something of an age difference, not that she had any complaints she enjoyed partying with her partner and their younger friends. Carefree and risk taking despite her respectable role as a teacher it would not take much at all to convince her to swing.
Things to explore: Group Sex, girl on girl, role playing, rough sex, multiple penetration, rough sex, dressing up. 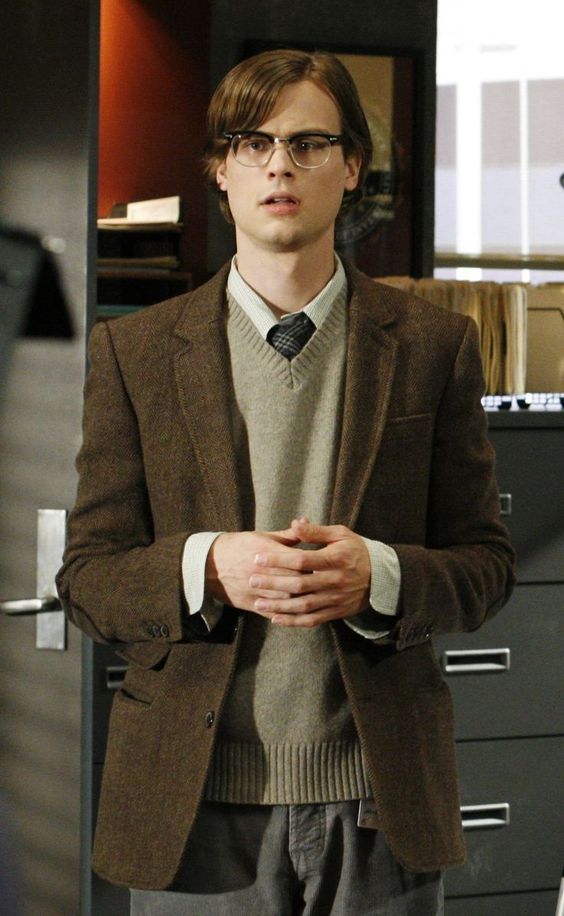 Background: Harold and his lovely wife, Kimberly... were high school sweethearts and married young right after H.S. during their college years. In fact, Kimberly is the only woman that he has ever slept with. He works as a Certified Public Accountant (CPA) and owns his own small business which gives a lot of freedom and independence. Because they couldn't afford a honeymoon when they married this trip and holiday at the resort is supposed to be their honeymoon although albeit late but may also turn into something much more.
Click to expand...

Things to explore while swinging: To live out his secret cuckolding fantasies which involve elements of voyeurism, exhibitionism, infidelity, sexual humiliation, mental masochism, and submission as he watches his wife have sex with other men and/or women no matter if he is compelled to participate in an embarrassing, disgraceful, or unsavory manner. Group-sex, public-sex, rough-sex, oral-sex, and anal-sex/pegging.
Click to expand... 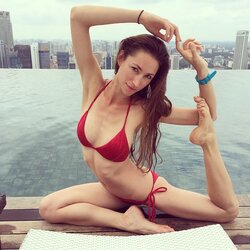 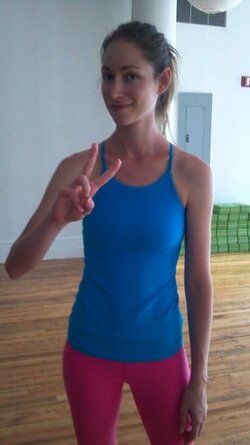 Background: Kimberly ran track in high school where she met Harold. He wasn't first guy she slept with, but is only boyfriend/husband she has ever had. In college, she waited tables between classes. It was during this time that she began to experiment in exhibitionism as customers were always appreciative and tipped well. It helped that Harold was into voyeurism whether she actually knew it at the time, she isn't sure. Now she is also a online yoga instructor whose grown frustrated in her relationship with Harold. She's heard great things about the resort and the destination sounds like a great place for her to do yoga as well as meet new people and experience a real honeymoon. 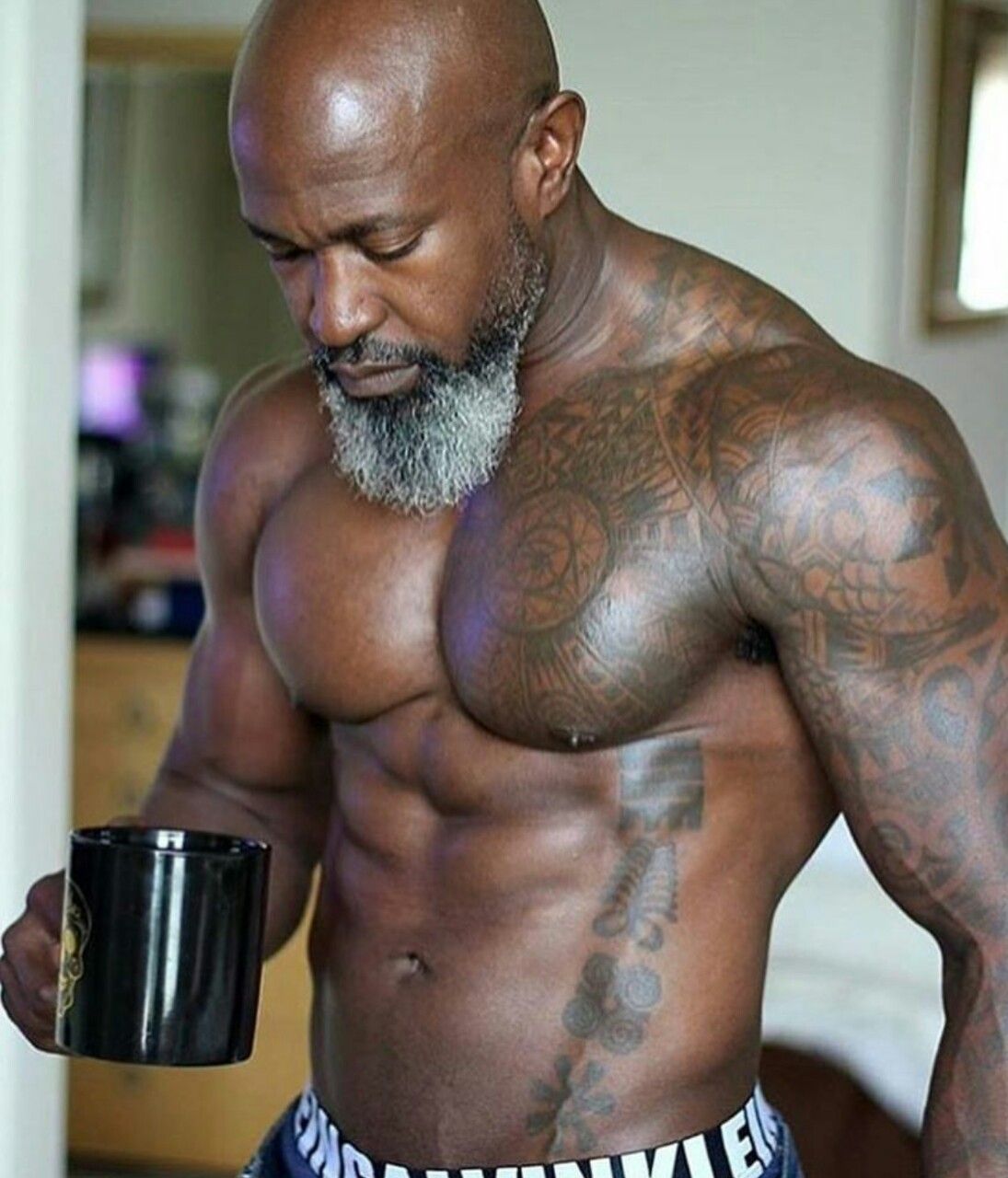 Background: Xavier is a self made man, starting out as a general laborer, learning to build and renovate homes at an early age then starting his own business. He now has enough property revenue that he works his own hours and has ample travel and leisure time. His new wife is his third so he is fairly experienced. He thought he was done with being tied to one woman, until the sexy young Alexandra Turner moved into one of his apartments. A few spontaneous upgrades to her unit, some shameless flirtation, and soon he found a woman as insatiable as he was.

They haven't openly started swinging yet, but they have discussed it with the idea of the resort vacation being an opportunity to give it a try far from home.

Its a new day, its a new life for me.

Background: Simon has probably not made his parents proud in his choice of a wife - a woman he met at a strip club, who continues to be a stripper, and is several years younger than himself. Carrier wise, he has done quite well for himself, rising up through the company into a senior position. But Simon had never been the most social of people, finding it awkward to talk to women. A chance trip to a strip club a few years ago meant he got a private lapdance from Josie - and he was smitten with her ever since, marrying no less than a year after first meeting her.

Her continued work as a stripper has him on edge, making him jealous when she gives private lapdances, to the point he no longer visits her at work. Taking the edge off and reconnecting is a good portion of this vacation and he is eager to see where things head. 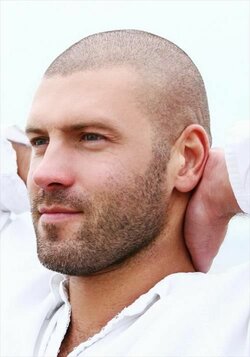 Background: His life was, frankly, shit. He had a dead end job which mostly revolve around saying the words “have you tried turning it off and on again”, a long term partner, where the spark had begun to die but neither really could bring about ending it, far too much student debt, and a general feeling that life could be so much more then this. He had always played it safe, too safe, now he wanted to take risks. A week away, far from home in an expensive resort is the perfect place to start. Maybe it could even save his relationship. At the very least, it couldn’t make things any worse.


Things to explore while swinging: group sex, dominance, submission, watching and being watched 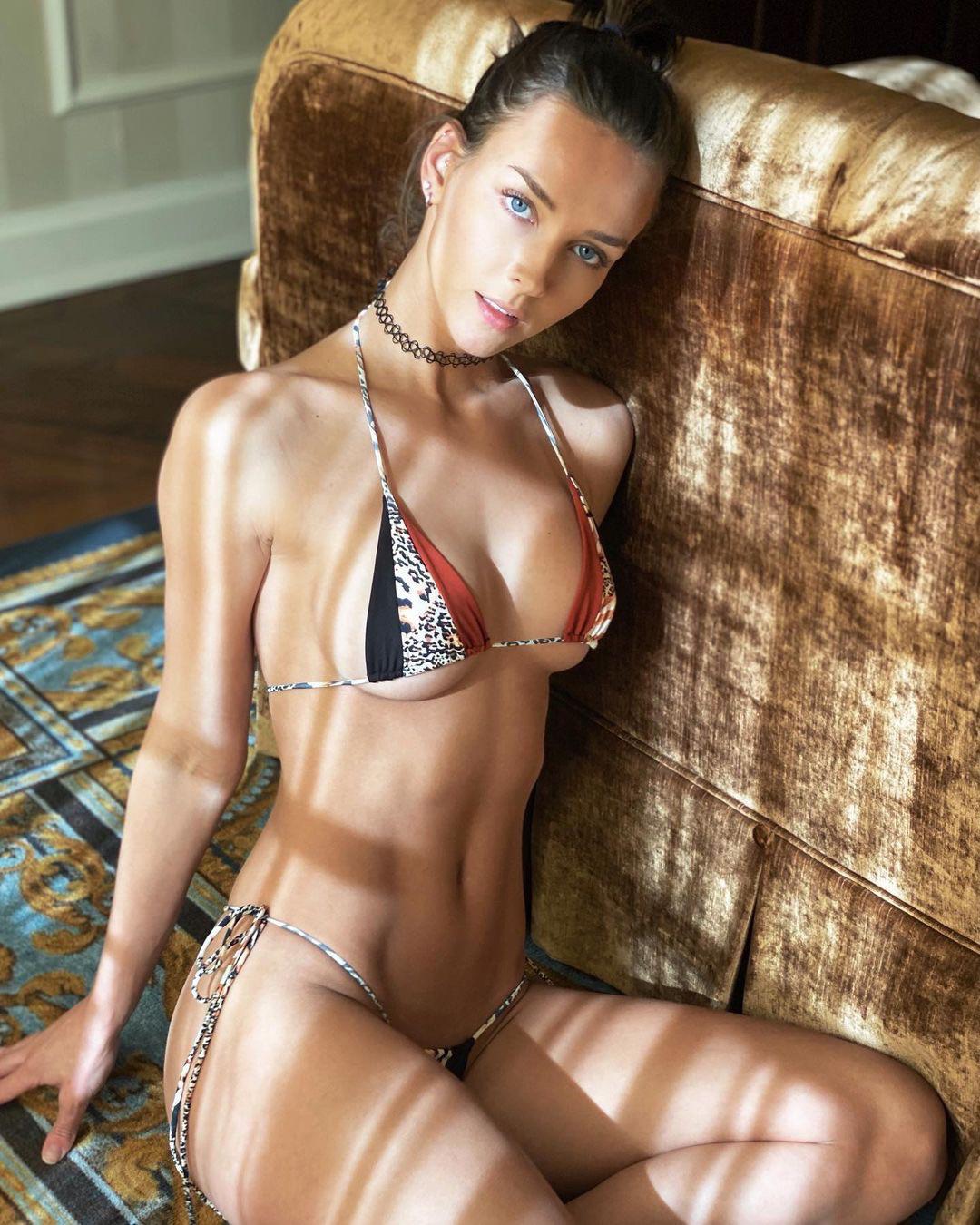 Background: Alexandra always wanted to go into teaching despite all the lecturing about how much better she could do. The choice of career and the restrictions it placed on her public social life led Alex to exploring alternative sexual outlets as a teacher with a reputation for dating a different person every week wasn't going to last long. Alex eventually discovered certain clubs that had some very private areas where people were free to explore each other in ways that would get her fired by the school board.

While moving for a new job, Alex ran into Xavier while moving into a new apartment. Initially she had no idea that Xavier was her landlord but there was a instant chemistry between the pair, which only increased with each of Xavier's visits to "improve things" in the apartment. After a few months of dating the pair of them got married on a weekend trip to Vegas, her family said it wouldn't last more than a couple of months but Alex hasn't regretted a single moment of it. 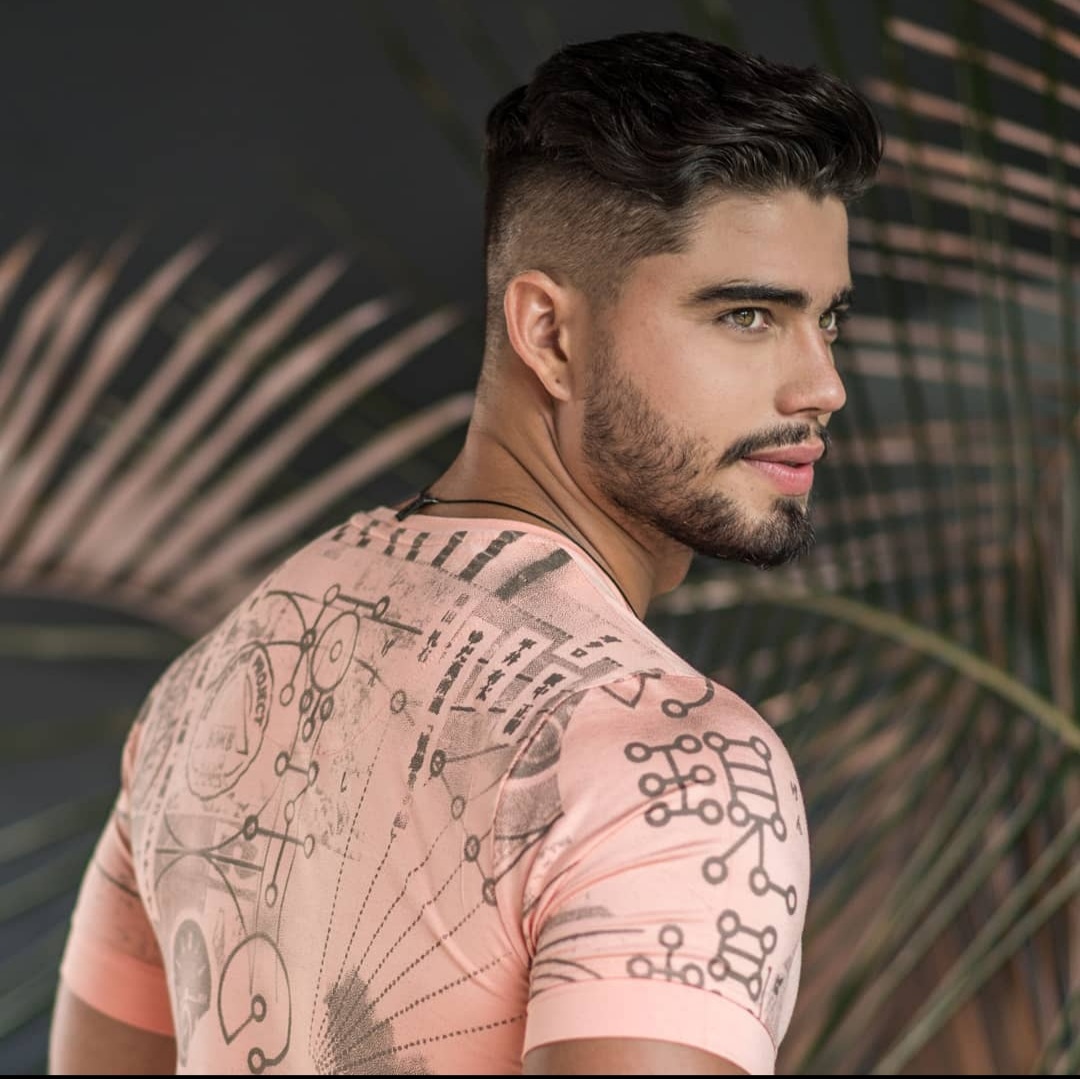 Background:
Javier was a perfect student all his life. Coming from a poor background, he has been dead set on becoming a doctor, and spent much of his youth working exclusively towards that goal. Studying, extracurriculars, volunteering, tutoring. Everything has been for the sake of having the perfect resume for medical school acceptance. Weeks before graduation, he suffered a panic attack. Everyone decided it'd be best if he took some time to himself after all that. A friend directed him to an open position bartending at the resort, and he's having a hell of year since then. In his first month, an lusty cougar and her husband took interest in him and introduced him to the resort's hidden side over the course of a wild week. Since then he's gotten pretty good at spotting guests looking for a little "extra attention" and usually is well informed on any special events.
Things to Explore: Cucking, group sex, exhibitionism/voyeurism
You must log in or register to reply here.
Share:
Facebook Twitter Reddit Pinterest Tumblr WhatsApp Email Share Link
Top Bottom