So I wrote a game in which the players are D-list actors playing in B-Movies. I'm looking to playtest. Thing is I want players to make Actors who can play in a fairly broad variety of films, since I actually want to make more than one "movie" with this game. I intend to run this game here, however my discord is available for a Dice Roller, and so this IC thread doesn't get several pages worth of unrelated Q&A.

Mental Traits:
-Compulsive Liar (Gael Is a Deceitful Person, lying when it's not even necessary. Often this isn't even malicious in intent, he legitimately can't help himself. While this can make for good acting + Improv, it can easily be a nuisance off set.)
-Obsequious (Gael is a servile individual who always wants to be on someone's good side. The issue is this is not always honest, and it can make Gael look like a real asshole once his actual intentions are revealed.)
-Jocular (Gael has an overall light-hearted attitude, and finds humor in most situations. The issue is this can lead to issues with reading the room, leading to certain Social Faux Pas both on and off set.)
-Pliable (Gael isn't needy. He has a background in Porn where you either had a ton of work or not enough of it. The Extent of Hospitality Riders in Porn was typically a Pot of Coffee and a Shower. This makes Gael willing to do lots of work at once, but he tends to get bored easily.)
-Moralist (Gael has his own ideas of what Right and Wrong are, it doesn't quite extend into the territory of Absolute Self-Righteousness, but it can still be annoying or inconvenient in certain circumstances.)
-Promiscuous (Gael is hot, and he knows it. He loves to show off his body, which looks amazing on the Camera--but sometimes isn't quite as appreciated off set.)

I would like to clarify something here, once we've started on the first film, Fame will fluctuate as you use some of the game's metatfeatures and as you do things that fit the tropes of the genre or earn my notice. The stats that would normally be affected by Fame won't be affected until the end of each film. 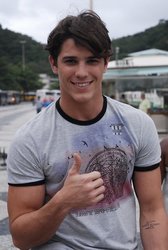 Stage Name: Jake Fortner
Current Role: Aspiring Actor
Motivation: Get Rich & Famous doing something he thinks is fun
Housing: Hotel Room - does landscaping as pay, and promise to have a shot of the hotel sign in any movie he's in 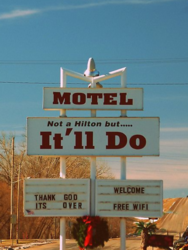 Professional: Social Media Influence T
Jake grew up in rural Texas, then his family moved to Austin. He's adapted well to urban life, but there's still quite a bit of farm boy in him. Jake has always been physical, from schools sports to rock climbing as soon as he was able, to formal acrobatics. His family owned a fireworks store, and Jake 'worked' there as a young teen. Of course he played with them a lot along with his friends, and it was a miracle that he didn't lose any fingers. Moving to the city gave him new things to climb and jump off of. His hobbies easily blended together into sort of a reckless urban sporting lifestyle. Jake started a youtube in his early teens with his and his friend's antics which grew over time into a decent following and some local 'extreme' sports and fashion sponsorships. He even incorporated fireworks and M80s into his stunts, earning him a place in some store's advertisements.

While Austin was liberally-minded, Jake's family was still very conservative. During adolescence, he knew to push down his growing same-sex attractions. It was easy enough for him to pass, having been part of the 'jock crowd' his whole life. He used up his time smoking pot and challenging his friends to ever more daring stunts to record. There were enough girlfriends dispersed throughout that no one ever questioned him.

After graduation, Jake enrolled in community college for marketing. His buddies all went their own directions, and Jake was the only one left dedicated to their stunt channel. He thought a marketing degree could monetize it more, but he wasn't successful, probably because he was more interested in performing than studying analytics. After finishing his associates, Jake spent even more time on his channel, but it still wasn't turning into money in his bank account. But, he figured out that taking off his shirt got a boost.

Feeling like life was moving on without him, Jake realized that he needed to do something else with his talent. Being a stuntman was an appealing option, but he really enjoyed the attention he got online. He decided to try acting, but to define himself as an actor that did their own stunts. That would be a way to stand out in the sea of chiseled jaws and 6packs. To fund his move to Hollywood, Jake ventured into the world of OnlyFans. It was easy enough. Without doing much research, he saved up until he thought he had enough for the relocation, then deleted his OF. Once he actually got out there, Jake realized how expensive rent was and how much agents cost, even if they would take you on. Then paying for headshots and reels. He ran across a mention of Silver Creek Bay, so he headed there in hopes of having an easier time starting at the bottom where living was cheaper.
Last edited: Thursday at 10:08 PM
OP

One of the core mechanics of B Roll Call is called Role Negotiation. Per Role Negotiation, Jake has Director permission for at least two chases (one on foot, one involving a vehicle), and access to the local silver mine, increases the film's budget by 1 due to an arrangement with the manager of the Hotel he's staying at. He's also negotiated Coaching with some talents and two FX that suggest Action Genre. After some discussion on the merits of his negotiation and existing Explosives talent, the decision was that Jake is playing an injury discharged Military Police officer, whose left ear was chowdered in an explosion. Meanwhile Gael's very obviously not Mother Country Cambodia has hired him on to investigate some local mafia steal a gem in a Cambodian Temple. They're both embroiled in the explosion. Little did the MP and the spy know that some kung fu gangsters have come to town to settle the score

In case anyone was waiting on more info re: genre and plot...
Last edited: Friday at 1:09 AM