I'm setting this thread up so it's easy-to-read and people don't have to slog through tons of word count to get information.

Note: The gender in the description does not have to be the ones we play. ​
If you'd like a play a certain role, but not be the gender in the little blurbs, we can roleplay it a different way.​
GoogleDocs of all plots - Example of my writing style

THE FOLLOWING PLOTS I AM CRAVING:


A longtime war between humans and orcs has come to an end. In an effort to establish a peace with orcs, a treaty has been created and an offer has been made: The queen's hand to the Orc Rebellion Leader/Warchief. (The war could have been about orcs getting rights in the country OR just orcs seeking to conquer territory. We can figure that out.)

However, just after the announcement is made, the queen is killed by some anti-treaty faction.

That's fine, though. The human advisors have a solution: a woman born between the late king and a former maid. She bears a striking resemblance to the princess, and what differences can be explained away as 'getting older.' This woman isn't particularly eager to play the role, but the advisors tell her it's for the sake of they country. So many could die if this peace falls through. It's what her father would've wanted. Etc. Etc.

In an effort to delay the wedding, the advisors ask for time for the "princess" to be prepared. Basically, they're trying to teach this lowborn woman etiquette and whatever it takes to be a ruler.

The orcs decide that, while the princess is being prepared to take on leading the kingdom, they will - also - have her betrothed teach her about orc culture. Which may be rough or not. That's your decision, again.

The queen, however, is still alive. She's plotting with the advisors on a way to eliminate her orc problem. The "princess" dying in the process is just collateral.

Base Idea:
In the dark of the night, the Monster Group swoops into a small village and nabs some human women.

All the Monster Group’s “domestic” population died from something. Could’ve been a disease, a bloodthirsty rival faction, feral creatures more fearsome than the monster group, or a tragic poisoning (such as bad water) while the explorers/traders/hunters/etc were off doing whatever.

Problem is, the population that died knew best how to tend to the agriculture, the livestock, the “domestic” stuff, and the rearing of children. The surviving population does their best, but winter is approaching soon, their stores of food are low, and everything is basically going wrong.

Desperate for someone to help, the monsters decide to raid the nearest human village. The village has the typical misogynist set-up with mostly women doing domestic jobs and child rearing; the place could even be culty. Anyway, mostly adult women and maybe anyone doing domestic/agriculture stuff gets nabbed. However, the Monsters did not take any children. Which would come back into the story later.

From deduction, the Monsters assume MC is the closest thing to their version of a leader female. Maybe she was the wife of the village leader. For whatever reason, YC is chosen to approach her. (YC could be a leader or chosen for some other reason.)

YC intends to talk to MC about what they need. Maybe he does intend to have sex with her, because maybe some cultural "your men were too weak to protect you, now you're mine" thing.

MC has been separated from the others, maybe tied up, and considering her options. Since the village is already set-up as kind of a misogynistic, shitty place, chances are she’s not unfamiliar with being treated like an object. And she’s aware the other captives are looking to her as a leader, whether that was her role in the village or not.

So, MC has already decided to use sex as a tool to help herself and her peers. She plans to submit to YC, under some conditions. Maybe YC agrees, since it’ll make him the de-facto co-leader if she submits to him. Maybe he gets the wrong impression and presumes she's into him, and thinks the rest of the women would follow. He doesn't know, he's not an expert on humans!

From there, it’s a matter of keeping the peace between the monsters and humans; maybe the humans quietly plot to leave; maybe a big bad shoves the two factions closer together. Plenty to do with this.


- Open to doing singular monster x human, but the plot obviously changes a bit in places.​
- The human children would need to be saved from the shitty village.​
- Open to polyamorous scenes, but not really into harems.​
- Rival clans, feral monsters, etc could still be a danger.​
- I'm interested in how MC and YC build up their relationship.​
- Miscommunication and misunderstandings due to cultural differences would play into this a lot.​
Last edited: Thursday at 8:26 PM
OP

feel free to mix and match​
I'll still want some sort of plot, but these are starting points.​
​

OC x OC​
OC x Canon​
Canon x Canon​
ONLY canon adult characters as main​
Not interested in roleplaying as or with canonically underage character. (Even if aged up.)​
All-Might/Toshinori x Inko Midoriya is my OTP​
My BNHA OCs:​
Tomomi Imai - Counselor for UA after the latest villain attack.​
Kaiya Ward - American Investigative Consultant​
will probably make others if neither of the above fit a good OC RP​
Beastars

OC x OC​
Ogami x OC​
Not interested in roleplaying as or with canonically underage characters. (Even if aged up)​
Last edited: Thursday at 7:40 PM
OP

annoyance/rivalry masking feelings (even to oneself)​
fake dating/marriage develops actual feelings​
getting intimate, just to be interrupted​
just because you have sex doesn't mean you're in love​
learning to work together​
sexual tension​
slow burn​
snowed in​
stuck in an elevator​
stuck together on a job​
verbal teasing​
villain is actually the good guy // hero is the bad guy​
ship dynamics / relationship tropes 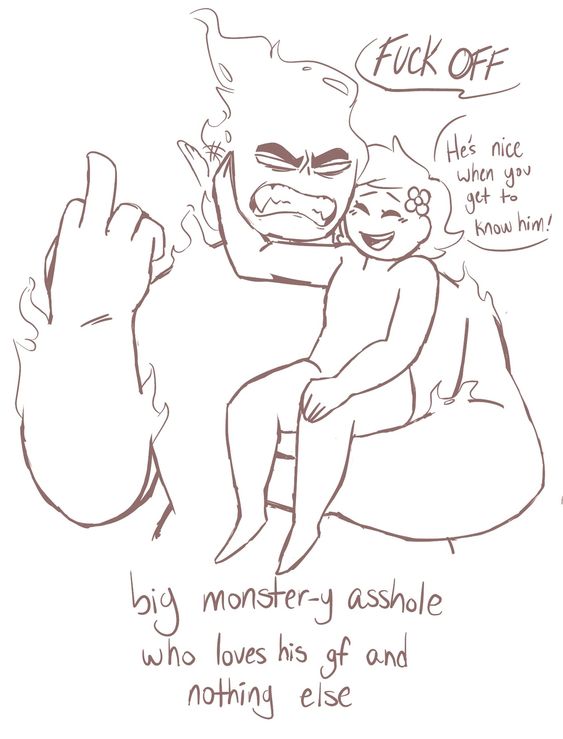 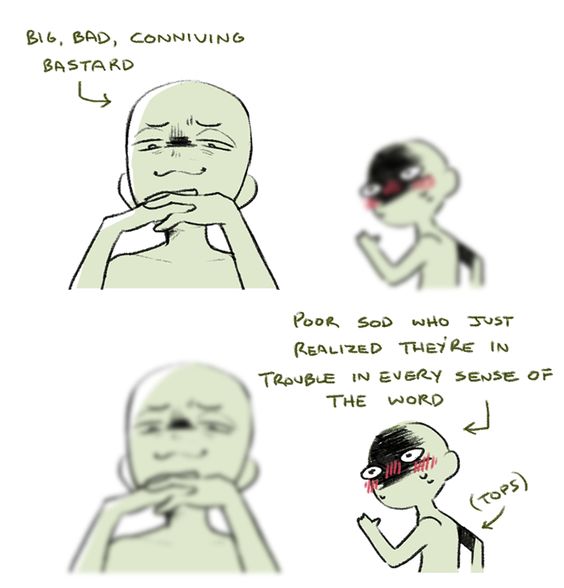 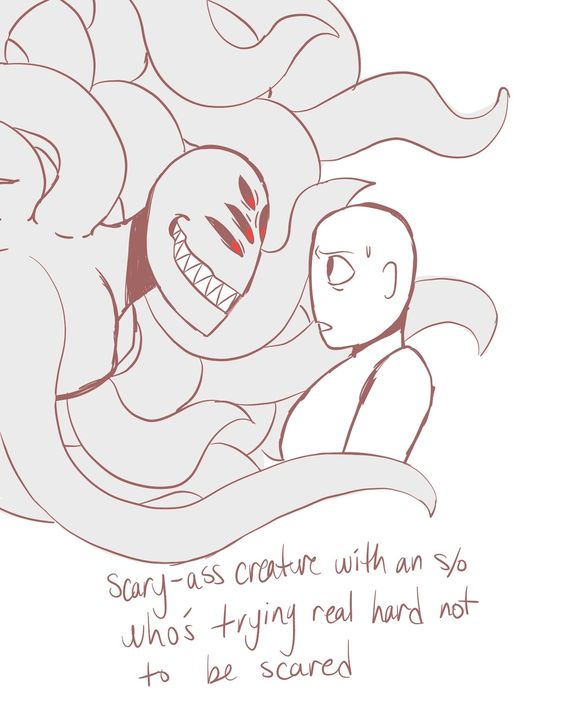 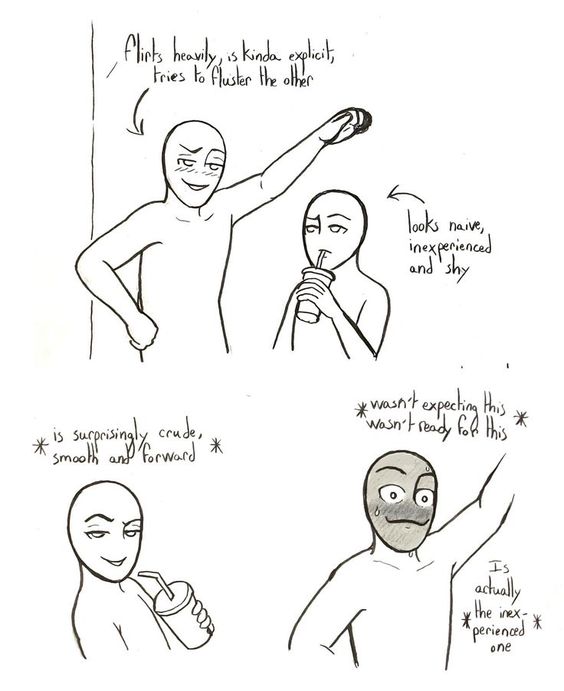 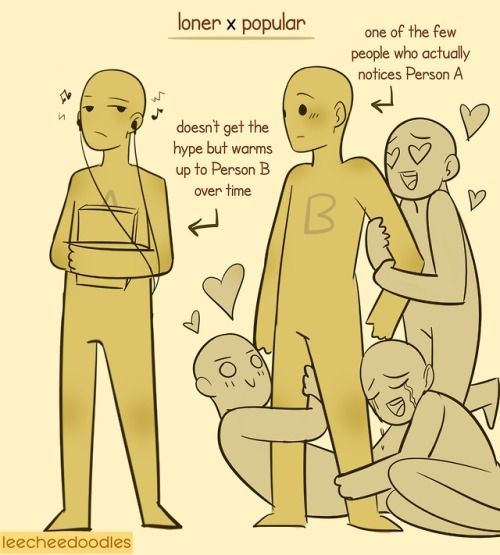 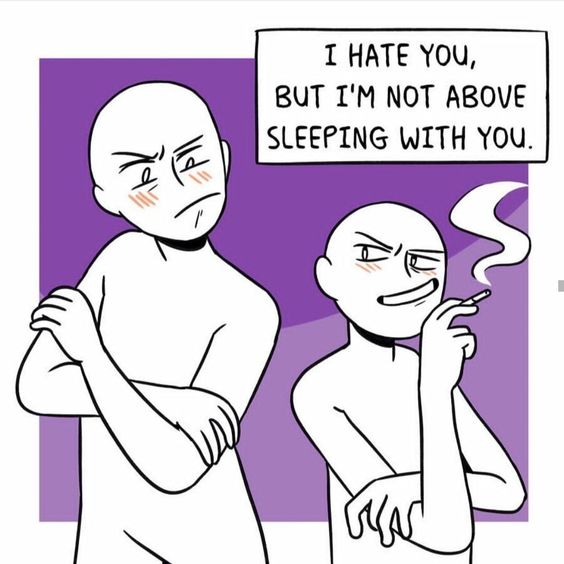 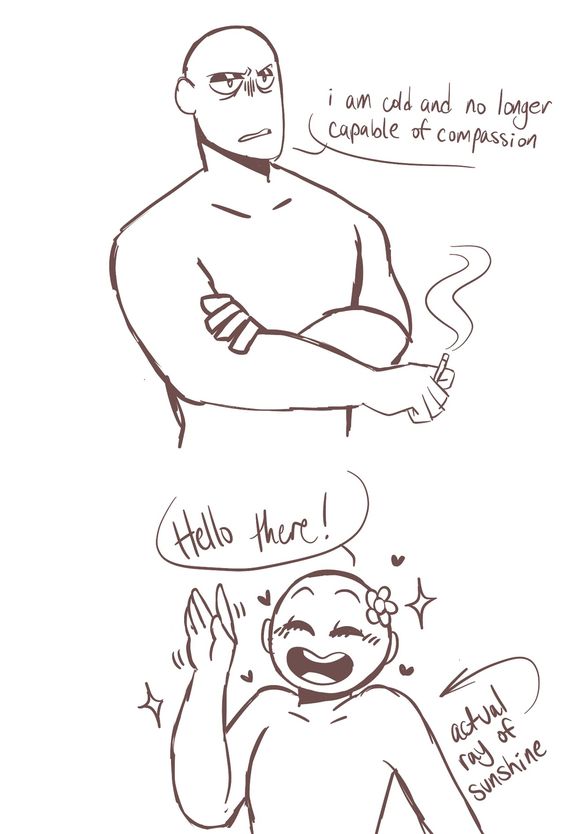 SMUT
These are at the end, because I'm not always in the mood for them.
As of 8/6/2020, these ideas/plots are active.

Scenes I don't have plot for:

​
This is a society that's aware of the existence of lycans/beastmen/anthros/creature of your choice. They're also aware that, at certain times, the ache for a partner grows in them. MC is one of the sex workers at a place where customers can give into their heat fever. Basically, it's just a huge room where customers will mill about, fuck who they want, or wait for their turn.​
​
However, there's rules:​
1) Condoms are non-negotiable​
2) No knotting​
​
I have a small plot involving MC propositioning YC to knot her. It's not something she can experience, at work, because they need to get through as many as possible.​


MC lives in a small village. Either she's unhappily married or she's not taken. One day, other village ladies are gossiping about some Big Bad Monster and how he took advantage of one of them. They're all giggly and flushed, so it wasn't exactly taking advantage, but the men in the village can't know that!​
​
As the days pass, more women share their experiences with the Monster.​
​
MC goes to find the monster, half expecting the other women to be lying, but also half hoping they're not.​
​
YC is the monster, obviously. He can either be annoyed, because he didn't do anything with the women. Or he did have sex with them. Or however we want this to play out.​
​
MC is flirtatious, though, and is willing for the experience with him.​
​
We could easily expand this to have more story to it.​
Last edited: Thursday at 8:18 PM
OP