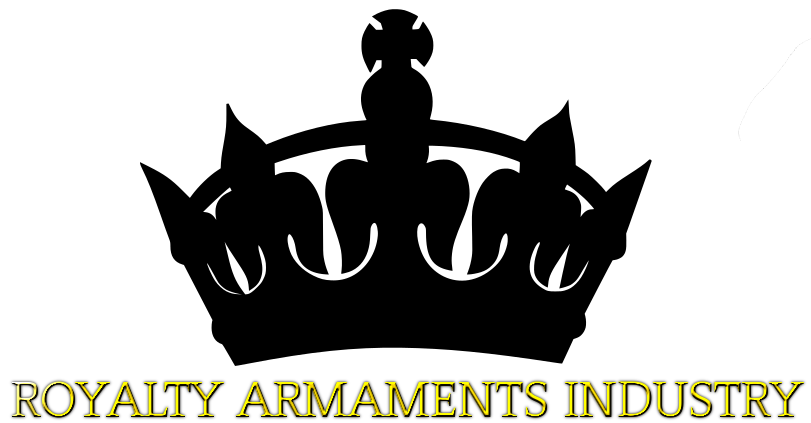 Royalty Armaments Industry is a weapons manufactuing company originating in the United Kingdom. Founded in 1981, it was suppose to be a rivaling company for DrangonForce Armory. While DragonForcre is focused on making high quality for a reasonable price, they make weapons that are affordable. They don't have the same quality tech that DragonForce, but they still make weapons for militaries around the world. Though DragonForce is trumping them with every weapons they come out with, so they have to keep up with them.
Last edited: Mar 17, 2019
OP

Description: One of RAI's best rifle to date. The CBA2001 is hybrid rifle, combining both elements from the FN P90 Submachime Gun and FN F2000 Assault Rifle into one gun. Having most parts be around the FN F2000 and some of it around the FN P90. The loading mechanism and is like the FN P90, as well as the "downward ejecting", where spent casing are ejecting from the bottom. The main body is that of the FN F2000, but with a few changes, the there is FN P90 style forward grip, scope structured similary, with a modified MC-10-80 Ring Sight to be slightly longer, the barrel shorten to make compact. The body and charging handle are of that FN F2000, but is modifyed to accept the silmilar mechanism of P90. Like both the P90 and the F2000, it is ambidextrous, has the same trigger mechanism of the P90 and F2000, and the selector toggle is similar the P90 and F2000. This rifle would be the most reliable rifle, until DragonForce made a similar concept with their B68-CA rifle series came into view since 2010. Since then, the two rifles are locked in a heated debate to see rifle is better.

The 50-Round horizontal magazine is designed to handle the company's very own 5.45x45mm or 6.7x45mm rounds, it function like the P90's Horizontal Magazine.

It can survive in many enviroments it is thrown, bitter cold, brutal head, rainstorms, snowstorms, etc.. It is waterproof, mudproof, and sandproof, it is a very relible and durible.

Year of Production: 2001 to Present Day

Variant(s):
CBA2001-TR (Triple Rail): It uses a similar Triple Rail structure like the FN P90 TR models, only slightly longer, but enough space for the magazines to enter.