Hey hey people, looking to do some Genshin plots dependant on characters from the game.

A few characters I'd be interested in looking for are some Genderbent Archons, definitely the Inazuma peeps like Kokomi, Kujou Sara, Yae, Yoimiya, and of course the Traveler Lumine and most definitely Miss Signora as well. But I'll be open to other characters if you are as well.


(F/Futa looking 4 GM/Fem/Futa)
Got myself a craving and it's to be Churl'd or used by the Fatui!
Genshin Gals getting bred by some big strong Hilichurls in breeding season.
Or
Captured by the Fatui (Such as the Cicin Mages) and fucked silly!


(Female 4 Female/Femboy)
Just a plot where two characters fuck, I'll be putting up Layla, Eula, Kuki Shinobu, Fischl, Lumine for this, interest in some off beaten kinks are welcome here (Footjobs pretty much) and looking for other Genshin Gals and Femboys like Heizou, Xingqiu and Mika.

If you are literate, replies with 1-2 paragraph responses, and can roleplay characters from Genshin feel free to message me and we could discuss it further.

Bumping with a kink focus of footjobs mood 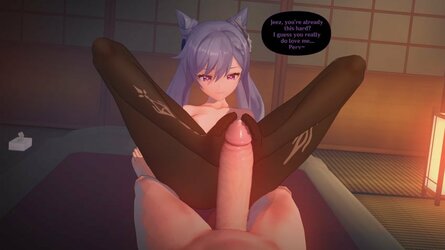