what are those rp ideas you have that only you really want to write?

have a truly strange craving for my head canon Leliel, the angel of night. They are not biblical angels rather they are aliens from outside known time and space. While some pretty much hate humans, some are indifferent and Leliel is fascinated by them. And not in a good way. In really bad run screaming way.

She has no true form outside a shadowy mass and can assume any form she wants. So tentacle monster anyone?

Sadist she may be, she is a curious one so the tables can somewhat be turned on her. While she can Mimic human form, she does. Pretty much want to play the eldritch horror angels from Neon Genesis.

Farm, in particular a breeding farm with anthro, monsters, creatures like equine or so.
Or reversed being females in the farm and creatures are tourist

During a conversation with a partner, we ended up talking about Durarara! while discussing archetypes we usually fall into and that made me realize I'm thirsty for some Izaya-inspired characters (playing as or against).

Conniving, insane but really charming people that always seem to be able to twist a situation in their favor and keep their enemies guessing.

Naruto! Specifically an AU of some sort. I love the setting and the potential it has, I'd just rather focus on original characters and plots.

Specifically, I'd love to heavily focus on Team dynamics, and possibly on the warfare that's only mentioned in the main series. Maybe a conspiracy about extremists trying to overthrow the Leaf? Shinobi from rival nations attacking border regions to rile up the locals?

Gloryhole at the park

His first time, with a woman or at all

I can write a MMF, or MF, as long as I write against a male character. Meaning that YC can be also with a man, now or in the past, or not, and if yes, we can share writing that male if you want. It's also ok if you don't want any MM, or just as background.

I LOVE male virgins as long as they're not clichés. It is especially interesting as he's not a sweet and soft thing BUT he's still naive and ignorant WHILE wanting to be in control (and potentially, being both afraid and aroused when he does lose control). This can work as her seducing him, as him wanting to assert dominance but failing to be able to handle it, her interrogating him and noticing he is ill at ease when she's near, as a workaholic and/or super picky guy who gets obsessed etc.

Krennic marries Jyn to "protect her, as a family friend" (with or without an affair with Galen), works with her being his captive and hiding an attraction or Imperial Jyn who is into him and proud to be chosen against her family's wishes. Depending, this will be love hate at first, or simping, but I can see her taking the lead if he won't. Jyn is a hothead. She might also refuse herself just to see him react. More krennic Director Krennic (M/F or M/M) ?

Darkling marries Alina for political reasons and/or "for her sake" (he's into it, just a virgin who waited for the sun summoner), works with her being a captive and/or corrupted. She's frightened, flattered and yet she knows it's wrong. If he's into men: Ivan is almost canon as an ex who is overprotective and "hates" Mal and Alina. Mal works too once he's with Alina. How does she deal with a guy who's hundreds year old and yet his familiarity with women stops at politics? Is he jealous of any experience, even sucky? More darkling Villain x Heroine (Rogue one, Shatter me...)

Aaron Warner (first trilogy only) and Juliette Ferrars. Ideal for two virgins, though if you'd rather her have experience, that's fine too, just more difficult to explain as literally she cannot touch people (except him, they find) without hurting them. It's also very canon in the first trilogy until it gets dumb. Love/hate galore and yet he's so nice when he's not a villain... More Aaron Villain x Heroine (Rogue one, Shatter me...)

George Warleggan. Enough said. Joke. Well, he marries his obsession Elizabeth, who is a widow and he basically discovers he's actually interested in sex. Its canon. On the other hand, she needs to be taught business and disagrees with some of his more ruthless methods. But there's a dark side to her and soon joins him in business (it's all canon). More Warleggan His first time... with a woman or at all

In any case this must lead somewhere.

I'm opened to other ideas, and other faceclaims as well as including or not the MM and her being a virgin or not. What matters is
-a story
-deep characters
-NO ONE SHOt
-he has never been with a woman
basically super hard 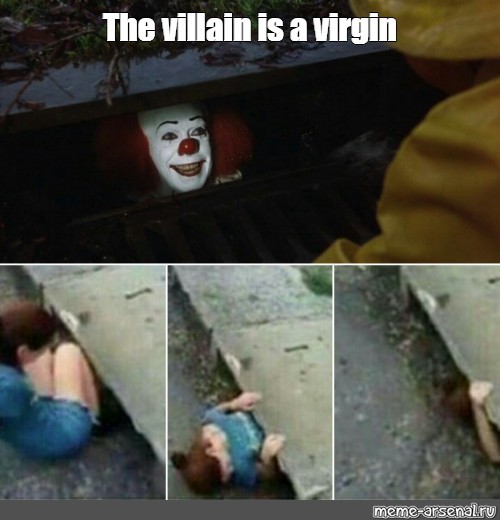 I've had this loose idea of a twisted take on the magical academy genre/trope. Elements would include:
The features colored in RED are one's that I know from experience put a lot of people off. Putting them together into one RP pretty much guarantees that I won't get any real interest. Couple that with wanting a partner that can deliver detailed, mutli-paragraph responses and I can just forget about it. So, I haven't bothered to pitch the idea. But I'll put it down here in a spoiler for those with a morbid curiosity and open mind. lmao


The general notion I had for the story would be that a pair of students/apprentice witches have taken a forbidden tome from a restricted branch of the academy library. Reading the book, they inevitably summon a Filth Demon into their dormitory. The demon manifests itself by basically getting shit out of one of the schoolgirls, destroying/transforming her in the process as it turns her insides out and grows out of the shitty gut-pile. One the demon is fully realized; he has the second girl imprisoned with him in the room because the space has become detached from the plane of reality. If she opens the door to the room, the hall it should have opened up into is replaced with a wall of pulsing viscera.

On to the body transformation. LOL

This is a demon of Filth. It isn't enough that he is copulating with the schoolgirl's filth hole. He will now undertake the labor of transforming her anus into a womb for him to impregnate. The first thing he does is take a solid grip of her clitoris and pull it out of her. For those of you a bit more familiar with female anatomy, you will know that the little bean under the hood is just the tip of the iceberg. Anyhow, so the demon pulls the length of her clitoris out of her. She screams, she wails, she heals up in moments (because demon magic). Maybe he even sews up her pussy with some sinew borrowed from his own body. Then the demon inserts the clitoris (stiffening it to needle-like rigidity) right into the ring of her sphincter, imbedding it all along the length of her rectum all the way up to her colon. Essentially moving her "G-spot" into her anus. So now, when he fucks her ass, it feels good. And the girl eventually starts to succumb to enjoying it. Even having a couple of orgasms.

Then the demon goes further, warping her body so that her intestinal tract is basically lined with small uteruses and ovaries. So as he continues to fuck and cum in her ass, she gets pregnant with several shit-spawn that manifest as maggoty babies forming as wriggling, softball-sized eggs that she will later need to shit out...
So yeah, super niche. And by most people's standards, super gross. Finding someone to write this with me is beyond a long-shot. Especially since I've been mulling the notion over so much that I've probably overdeveloped the idea so there isn't a whole lot of room for anyone else's input.

I dunno, maybe I'll manifest this idea into a solo work and post it on the site like I've done with a few other ideas that I could never get done with anyone else. With appropriate spoiler tags out of courtesy. That way no one will be left wanting to scoop their eyes out with a melon baller because they accidentally read too far without proper notice.
Last edited: Yesterday at 3:30 PM

One idea was kind of like 'What if Fate series but with animals that can talk and have consciousness?"

Currently? I been wanting to write marvel or dc rp, the normal ideas like spiderman and no way home.
ideas like batfamily harlem or villain and hero smut pairing for example kingpin and oc

Yeah, it is incredibly hard to find to not say nigh impossible.

Carefree_Snake said:
Yeah, it is incredibly hard to find to not say nigh impossible.
Click to expand...

Pretty much. Although i've had some luck with some of my other hard to find stuff recently so who knows?

I mean, yeah. It is a matter of being in the right place and time, I guess. Kinda like a daily gacha

Carefree_Snake said:
I mean, yeah. It is a matter of being in the right place and time, I guess. Kinda like a daily gacha
Click to expand...

maybe if you offer doubling?


Venom or symbiote oc / human host. He is like bbc

comicwolf said:
maybe if you offer doubling?
Click to expand...

Have done so, on my experience only works with a separate thread in the female thread section. Otherwise, people won't even touch it

Believe me. I have tried every suggestion:

Prettying up the thread

Taking away the most niche stuff