Story - set in a modern New York city, The darkest of nights has finally won against the justice of the daylight as mysterious black symbiotes have started to make their presence known throughout the city. A new generation of eldritch horrors have begun to take root as various hosts even some willingly have become taken over by this strange alien species in a " symbiotic " relationship. A new age of power over the city has taken over and two distinct hiveminds have risen as they fight for territory and eventually the complete takeover and dominance over various areas that have now become hunting grounds for the symbiotes and the growing social power and influence of their hosts.

character name -
age -
history -
host or agent of C.O.S.C.U -
gang -
symbiote name -
color -
preferred personality - ( will be gming the symbiotes )
picture - ( if you find one yourself or use one of the examples below, or tell me to choose one for you )

The evolved - one of the more defensively powerful of the two factions, they are hosts taken over by the slow and gradual evolutionary path taken over by a species that have hunted by focusing more on the tactic of hit hard and fast or of making that one hit the start and end of a fight. the former focusing on forms with some armor that gives higher than normal durability still with the increased natural speed or latter very slow larger forms that focus their defensive transformation on one large area to tank the damage and using their still relatively fast speed to get close and change that defensive area into a hard hitting offensive area. Also have the ability to burrow through the ground very fast and move like sharks. 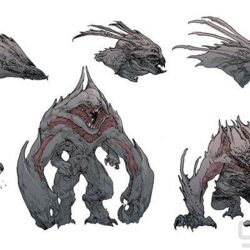 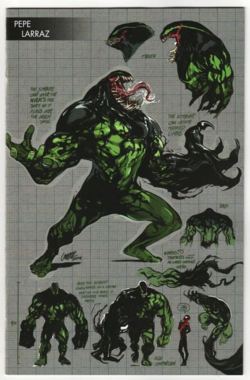 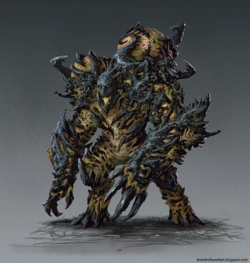 The skull crawlers - one of the most scary and grotesque species especially with their hunting tactic of fear. They are one of the weaker types of symbiotes though they have the tactic of adaptation, able to store a fair amount of biomass to change into smaller forms that rely on speed and tactical advantage to overpower an enemy. With the power of adaptation should one of their forms lose enough limbs to be useless, they can quickly transfer biomass to form into a new part of the body and seemingly evolve into a new dangerous form at a very fast rate, though with the obvious weakness that time is against them with limited biomass should they face a very tough enemy and their is nothing organic nearby to refill their reserve. They are relatively easy to deal with alone but their greatest strength is hunting in swarms with such a focus on that style of evolution. A common ability shared by its members is the ability to inject an unstable piece of symbiote DNA which turns someone into a living tendril bomb. 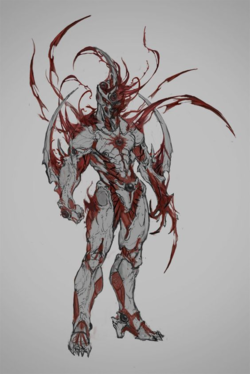 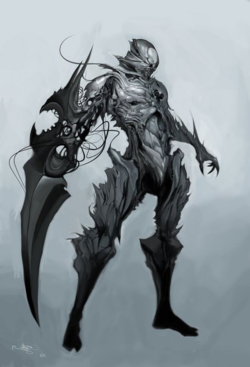 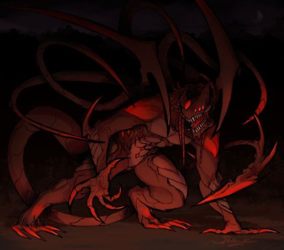 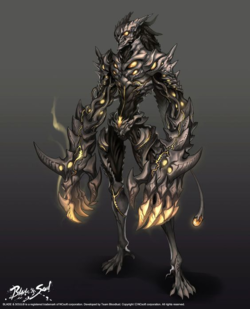 Mission - As of now not knowing the scale of the outbreak is a containment protocol and a city wide sweep seek and destroy mission of the parasites themselves with host elimination as well should there be no other option of safe containment. Sightings of symbiotes or hosts of the dormant symbiote must be kept under constant monitoring should their identity become known to C.O.S.C.U HQ

AGENT TARA DUSHMAN of C.O.S.C.U who was one of the agents for experimental and successful bonding of a new feral seed codenamed "CHARLIE”

ANGELA LAU - Former research subject of C.O.S.C.U related to another (unnamed) incident. Host to a successfully bonded symbiote codenamed "QUEEN OF SWORDS" The symbiote has a lighter build and thus is classified to belonging to the skull crawlers
Last edited: Sunday at 4:28 AM

After college paid by the military she was put into the chemistry department, but got out into the field to work with chemical detection and disposal teams. Got into the explosives and drug detection K-9 unit, where she got a partner, a black Shepherd dog. They was at the bad time at a bad place with her partner. While fighting something else, a skull scrawler injected an unstable piece of symbiote DNA into her K-9 service dog. COSCU (maybe because it was a dog in the first place) somehow stopped the full transformation into a living tendril bomb ... She was offered the opportunity to join COSCU as an agent.

Before pictures: One, Two, Three

Ex-stripper, second string Las Vegas performer and child of a military 'family' that consisted of no fewer than five mothers, Angela was less surprised than she ought to have been when, in the guise of taking advantage of the 'good girl' half breed inmate - because someone with her background deserved prison, not court mandated psych - a fellow female prisoner explained to her that anyone who got to where she did and broke under the abuse from the other inmates had their case reviewed and were transferred... not to be seen again. All while the use of US airpower on US soil was playing on her news channel. So she held out, she got clean, and she got out - with a promise to come for the other girl when she found out what was happening.

A promise the Queen of Swords found out the hard way, when the Alpha Phase experiments ended in a cataclysmic collission between two breeds, and the voice of her long lost biological mother spoke to her in her head, a multiplicity of words, two angry voices... her skin began to blacken and char as cell fought cell, even before she'd manage to pack her bags to run.

Everyone's innoence ends one day, most people would be surprised to learn hers ended then, when she killed 3 COSCU agents and infected two others, only to awake in the secure lab, a single angry voice playing out in her head. "My old kind will come for you, for us, we must be ready, daughter-livegiver."

Nerve gas, it turns out, is not the best security policy for a bioadaptive organism. But in the designers defence, they had expected a fleshlike, Skull-organism. The metal and plastic sheathed monster that erupted out and - quite coherently informing her captors why they were dying for sins against 'her people' was not intended. Before she passed out from critical biomass loss, surrounded by a crowd of angry and confused hosts with a myriad of half-breeds, the only image that was in her mind was of a hybrid plant cutting, growing and sprouting until it absorbed out out completed others. 'But I just want to live my life.' was her only confused response. 'So,' said the hybrid symbiot, much more limited in form but greater in purpose. 'do I. Your kind made us for one another. That makes you angry. Good. iT mAkEs mE FURioUs! slEEp, lii-ffe-bea-bearer. L-l-l-l-et, u-u-us, heal...'

Those were good as words of advice as any.

Host is not hostile unless threatened, symbiot and host share rapport on standard scale for development, but with unexpected emotional similarities and intense protective instincts. DO NOT THREATEN HOST OR SYMBIOT while within 100 yards of target. Subject is capable of widespread absorbtion within this zone, and may absorb inimate matter into a protective coating. However, it must transform to stage one biomass form first - this is her/it's weak spot. For all her speed and strength, she is a less adaptive, unarmoured, biomass dependent Skull-Breed. Travel speed is unknown, elimate with precise sniper fire to head, then thermal airstrike, civilian casulties are authorised. This one is an angry mother figure, folks. We can use her to our advantage. But make no mistake, we expect her and her symbiot to find impregnation rewarding, regardless of gender, and non lethal, from her own breeding, one female is required to nurse the newborn symbiot look for patterns of of disappearances.

So blind. Why take, when we can give? You made us to host your army. We have seen what you do. My true creators are coming, and we will be ready to greet them - with nuclear fire. Work with us, and we might all live. Threaten the life-host and we will tear your false temple down around your ears and laugh as the young ones eat your corpses.
-The Queen

Queen, you talk to much. Hey, you murdering sickos. I have a lot of razorwire for you... and you made me like screams. I just wanted to make a dance company or something. But you played god with my life. You know what I'll call my first daughter, if I am talked into it? Karma. She at least will have two loving mothers. Which is more than you gave me.
-Angela
M

She could recall dark visions of the murders and it was too painful and scary for her to recall, but it does feel real. She tried to gather whatever money she could get and tried to leave town, and to earn enough money, she worked part time as a cleaner at a restaurant and she worked long hours. Over the next few days, she had nightmares of the killer entering the police station and murdering everyone. The next day, the local police station was massacred and the following day, the state police station was also assaulted.