In the year 2804, Investments are Made with the Souls of Men.

Theologians on Ancient Earth spent many starry nights pondering as to what the name of God was. They came up with plenty of good guesses. Yahweh, Shaddai, Allah, Elohim, but those words are just gutter-speak for the contemporary man. Megaloschema United, that was the name of god.

When the first United Human Frontier launched it's first Expeditions into other Star Systems, they required extensive capital to do so. They took immense loans from Earth's largest corporations to fund the expedition, but this left them in serious debt. Thus, these Corporations signed a group merger and formed one large, World-Wide corporation, Megaloschema United. They then called for Repayment on their Loans. When they were met with Scowls and Empty Packets, they simply bought Earth's armies out from under them. The Governments and Nations of Earth quickly became offices in a Vast Corporate Bureaucracy. Over Centuries, they would be stripped of their Heraldry and Pride. The United States of America became the Office of the USA. Then the Megaloschema United Borough of America, Then the Megaloschema United Office of the Core Worlds, something completely different than what it once was, Sterilized. The Same Story was repeated at the same time for every National Entity of Earth, until the only thing resembling left that Resembled a Nation was Megaloschema United, an entity that only fulfills one of the definitions of a Nation: That it lays claim to a specific territory. 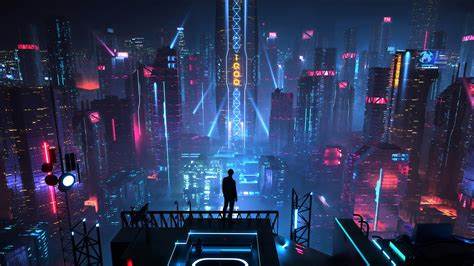 Over the Centuries, Megaloschema United crashed over the Local Sector of the Galaxy like a Hurricane. It invented new Technologies at an amazing rate, Expanded outwards at a nearly viral rate. Many Alien Worlds and Nations were taken under it's wing, during many of Megaloschema United's "Hostile Takeovers", a nicer term for complete and open warfare on other entities that were sometimes peaceful, and sometimes not. During these Hostile Takeovers they lost a great deal of War Materiel, all Company Property. Things that would leave Credit-Lines inconveniently loose if they weren't collected. So, to collect this Materiel, a special office was created. 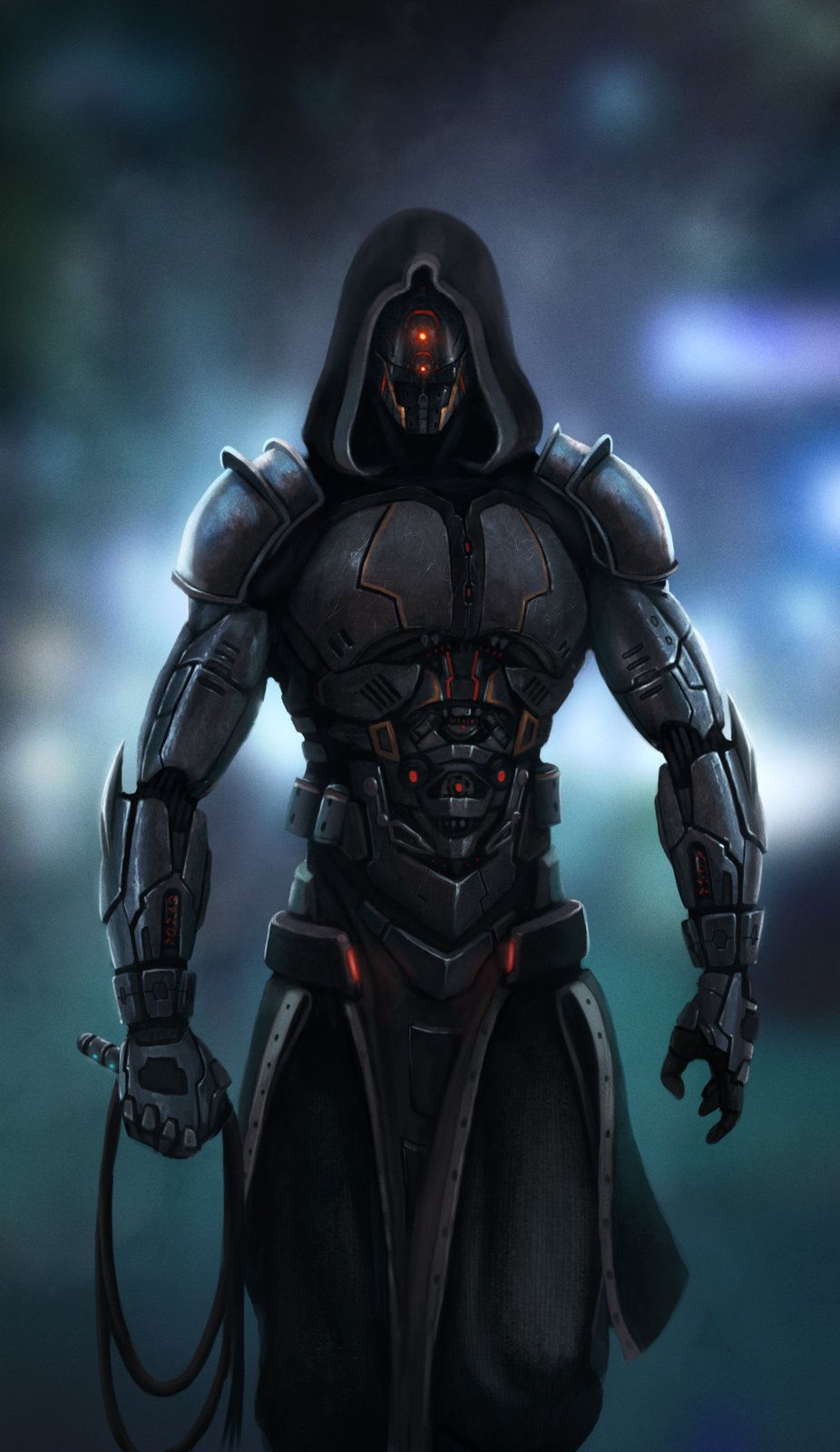 Asset Reclamation Operations is a group of Highly Trained Specialists who's job was to Scavenge, often behind enemy lines, for missing Materiel. Highly Valuable Weapons, Resources, Cognition Buffer Implants straight from the Craniums of fallen personnel, there was a lot of Important stuff that Megaloschema United would be happy to have back. Stuff the Asset Reclamation Operatives, or as they are known more commonly as "ARROWS", are designed to do. They are Highly Skilled, Highly Trained, With the best Equipment and backed up by almost unlimited Logistics.

Of Course, they wouldn't do this just for bits of scrap to be scavenged. No, Asset Reclamation includes the Reclamation of Intellectual Assets. Intelligence. Secret Company Info, Company Agents Imprisoned, or Other Agents needing to be brought in. Asset Reclamation Operations is the Premier Anti-Espionage wing of Megaloschema United.

And it's who you will be playing.


INFO ABOUT THE ARROWS:

Logistical and Support Groups are attached to A.R.O. as well. While not Operators themselves, they assist the Operators.

Junior Operators: New members to Asset Reclamation Operations. They are only entrusted to Non-sensitive missions, such as rescuing Important but Non-Critical Personnel from Alien Imprisonment and Scavenging Runs. Once they get the swing of things, they are promoted to Operators.

Operators: Who you will be playing. They are the Rank and File agents of the A.R.O. They can be Assigned to just about anything but the Most Crucial of Jobs.

Senior Operators: Seasoned Operators who typically work alone on Missions in Secured areas with Security that's too tight for more than one Operator. If a group of Senior Operators get Involved, This means the mission of of Critical Importance. For Context; some of their missions come down the chain of command from the Director of Sovereignty themselves.

What is being an Asset Reclamation Operator Like?: You are completely bound to Megaloschema United. Mind, Body, and Soul. You most likely have Genetic and/or Cybernetic Enhancements done on Megaloschema's dime. Your Identity is the Intellectual Property of Megaloschema. Your name, where you were born, any personally identifiable Information is purged from your profile, it can only be accessed from your Manager. Your very name has been purged from your mind as part of your Conditioning. When you joined the A.R.O. as a Junior Operator you were assigned a Serial number (Always two letters, a hyphen, and two numbers. XT-32, ZR-48, ETC.) When you became an Operator, you were allowed to give yourself a Callsign. (Carrion Birds such as "Raven", "Vulture" or "Tern" are the most popular, but anything that keeps the Image of a Quick, Effective, and Stealthy Operator is accepted by the Managers, such as "Dragonfly", "Dagger", or "Viper." ) Oh, your Face is also Intellectual Property of Megaloschema, you can't show it, you must always have your Headgear on in-front of other people.

Why Become an Operator?: There are plenty of Reasons to become an Operator, most of them bad. Are you a Spy that was Caught and signed the agreement while in a 4x4 Concrete room, awaiting the business end of a Rifle? That works. Are you a Seasoned Sold-Err, "Acquisitions Agent" that is on a Deployment to some backwater Refueling Depot 200 Parsecs away from home? The A.R.O. is a potential prospect. Are you an Alien Double Agent who blew his cover? The A.R.O. makes a pretty decent Witness Protection program. When you sign your Contract you are in the A.R.O. for 20 years. When that's out, you get whatever you want. A home in a Tropical Resort Planet for you and your family? They can make that happen. A Personal Mansion with all the Luxuries you want? They know a guy. They can get you that, set you up, give you all of your IP's back, and then wipe you from Megaloschema's Credit lists. That's right, you get to live out a life that seems Mythical to the average citizen of Megaloschema United. You get to live Credit-Free. The only person that even has your Info is the Director of Intelligence--Who only has it to make sure you don't try to spill your beans once you get out....

To Prove you've Been Reading This Far, Link a Cool Song in your Post!

-Be Polite, But Don't be Afraid to Disagree
It's okay to disagree with someone, your other players or your GM, In-fact I've seen good RP's torn apart because people didn't have the heart to have a disagreement. Just be Adults and know when a Disagreement is going to boil over into a shit-fit, and avoid that.

-No Smut.
If you decide to get Randy, fade to black or take it to a different chat. We're not going to wait for you to stop Gyrating on one another so we can continue the plot.

-Weekly Check In
Sundays, at 12PM CST, I will post something in whatever we use for this RP, and you all have until 12am CST to give me a sign of life. If you don't give me a sign of life, I'll contact you directly to make sure you're still around. If you don't make a peep during the next Check in, I'll find a gentle and neutral way to remove your character from the plot. (Typically them being transferred to a different office.)

-Be Literate.
I expect you to have a decent grasp on the English language and be able to write at least 3 Paragraphs, or around 350 Words in your posts. Not every Post needs to be that long, but it's very appreciated.

So! How are we doing this?

We will be using Starfinder, starting at level 3. The list of accepted races is in the Discord, and I will be giving you your starting kit, but still spend your credits so I know what your priorities are.

This will be over Discord, my handle is HyperDeathCancer#9435


I can't wait to hear what you guys have in mind, an come to me with any questions.